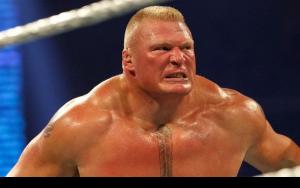 Brock Lesnar is known as an American professional wrestler and former mixed martial artist. He is most famous for being the only person to win titles in both pro wrestling and MMA.

Brock Edward Lesnar was born on July 12, 1977 in Webster, San Diego. He went to Webster High School and upon graduation, he was selected into Bismarck State College however later moved on a wrestling scholarship to the University of Minnesota. During his high school days, Lesnar was in the football crew and he participated in amateur wrestling representing his school in his senior year at the state title event where he won the third spot. Lesnar was additionally the victor of the 2000 National Collegiate Athletic Association Division I heavyweight wrestling title.

Lesnar started his professional wrestling career in 2000 when he signed with the World Wrestling Entertainment (WWE) which was then called the World Wrestling Federation (WWF) and he was trained under the Ohio Valley Wrestling (OVW) area where he won the OVW Southern Tag Team Championship three times with the assistance of his group The Minnesota Stretching Crew.

In August 2019, Lesnar competed in the main event of Summerslam where he defended his Universal Belt against Seth Rollins. Lesnar started clearing the announcer table yet Rollins got him with a knee. The Beastslayer scaled the ropes and jumped from the ring to the table, driving Lesnar through it to a chorus of cheers. Back in the ring, Rollins conveyed a frog splash and set Lesnar up for the curb stomp finishing move. He hit the move yet Brock kicked out. Another attempt landed him in the arms of Lesnar, who pursued for a F-5 finisher. Rollins countered, hit a superkick and put Lesnar down with one curb stomp for the victory.

Family (Wife and Children/Son and Daughter)

Brock Lesnar married the former model, actress and wrestler Sable (real name Rena Greek) in May 2006. He has two children Turk (born in 2009) and Duke (born in 2010) with his wife Sable. Lesner is additionally the father of twins Mya Lynn (daughter) and Luke born in 2002 with his ex-fiancee Nicole McCain.

FAQ: How old is Brock Lesnar?