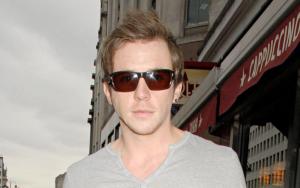 Born on March 1, 1986, in Bolton, Greater Manchester, Danny jones was started showing interest towards music at an early age. His mother was a hairdresser in manchester. Jones went to his local high school in Manchester and completed his education from Thornleigh Salesian College. His father left their family when Danny was 18 and this left a deep dent in Danny's heart. He has a sister Vicky who is also very much interested in music. She took part in The Voice in 2014 but was eliminated in the battle rounds.

Jones later enrolled in Bury College to study BTEC National diploma in music. He never mentions his father although he has written some songs about his experience when he left them. He says he had never talked to him since then.

In 2003 Jones met Fletcher when they were on an audition for a show. Later they became friends and started writing songs together. They started living temporarily in the Intercontinental hotel in London where they wrote songs and worked on their future projects. It was at that point of time that the idea of forming a band stuck his head. They started advertising about creating a band and asking potential musicians to come forward with their bio and do an audition.

At the end of 2003, he formed a band with Tom Fletcher, Harry Judd, and Dougie Poynter and named it McFly. He started releasing songs such as Only the Strong Survive, Radio:ACTIVE and cover of Rihanna's Umbrella. In 2004, McFly created a record for the Guinness Book of World Records for the youngest band to have a debut album go straight to number one a record which was previously held by arguably the greatest band of all time The Beatles.

Currently, he does live shows all around the world with his band. He usually takes the role of the lead guitarist on stage and Fletcher follows him. He writes all the songs for his band with the help of the other band members. He once played with Alan Shearer in a charity football match in which he also assisted him. He also tried his hand on the DJ and has produced some sick tracks as well. He currently works with DJ Sanchez,they call themselves The Saturn V. He is currently working with on songs such as Gone and Around Me which will be released soon.

Jones dated the former miss England Laura Coleman but could not take their relationship further and broke up later. On August 2, 2014, Jones married Georgia Horsley who is a former Miss England. He currently lives in Manchester with his wife and a dog. At a current age of just 30-year Jones has a lot of time to make his mark on the music industry. His net worth is not known as of now but it is estimated to be in millions. His biography can be read on Wikipedia and he can be contacted through Facebook and Twitter.

FAQ: How old is Danny Jones?