HOW OLD IS Duane Martin 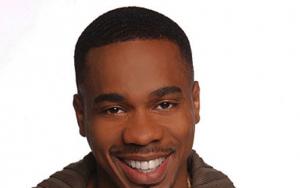 Duane Martin is 56 years and 10 month(s) old. He was born in 11 Aug, 1965. Duane Martin is an American actor of film and TV, as well a business man who deals with real estate. With success in his business, he has also established himself as a veteran actor playing roles of different types in a list of movies as well as TV series. He has been known for playing some significant roles like that of Jr. Phillips in the movie The Inkwell (1994), or as Conrad 'Rad' McRae in the thriller Ride or Die (2003). His professional acting career began in 1990, with a small role as Steve in Moe’s World (1990), followed by another small appearance in Against the Law (1991). Then in 1992, after playing in CBS’s Schoolbreak Special, he was offered a first film role in White Men Can't Jump (1992). From 1992 to 1993, he was casted in Out All Night, a TV show in which he played for 20 episodes.

Click here to read the full biography about Duane Martin