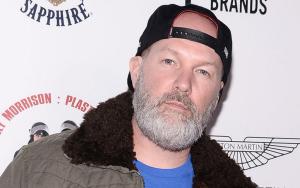 Fred Durst is best known as the American singer for the rock band Limp Bizkit.

William Frederik Durst was born August 20, 1970 in Gastonia, North Carolina. He was raised in Jacksonville, Florida and was interested in rap, hip hop, punk rock, breakdancing, skating, and beatboxing from an early age.

The band Limp Bizkit formed in 1994 with bassist Sam Rivers, and Wes Borland later joined on guitar. Durst chose the name Limp Bizkit to be shocking and unappealing to listeners. They gained a following after their unconventional covers of George Michael's "Faith" and Paula Abdul's "Straight Up."

In 1997 they signed with Flip Records and released their debut album, Three Dollar Bill Y'all, although their most sucessful album, Chocolate Starfish and the Hot Dog Flavored Water, wasn't released until 2000. After successful tours with Korn, StainD, and Metallica, Limp Bizkit performed in front of 200,000 people at Woodstock '99. Durst, in particular, was accused of failing to protect the crowd from violence. Many times in later years he would have disagreements with other celebrities and the press.

Durst was married many times and has one daughter, Adriana Durst, who was born in 1990, and one son, Dallas. He became a vegan in 2016.

FAQ: How old is Fred Durst?