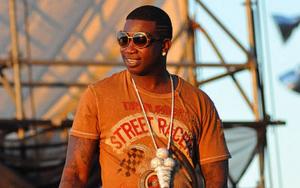 Born as Radric Delantic Davis on the 12th of February 1980, Gucci Mane hails from Birmingham located in Alabama. His parents separated and he was brought up by his mother in the state of Atlanta. Mane loved to write from a very early age and sooner at the age of 14 he started rapping. Gucci who was then known by the name Radric Delantic Davis made his rapping Cd’s and distributed them. Davis took the stage name of Gucci Mane and went on to collaborate with SYS records.

However, it was in the year 2005 when he came up with his debut album named Trap House. The album did not do any wonders at the box office but had decent collection for an independent rapper and was able to sneak into top 20 of billboards.

His next album was ‘Hard to Kill’ in the year 2006 which had a few hits songs. Freaky Gurl was one of those singles. He later remixed the song in 2007. In the same year, he came up with another album named “Back to the Trap House”. He was also featured in various remixes, prominent amongst them are "Boom Boom Pow,” "5 Star Chick" and “Obsessed." Till the end of the year 2009, Mane was featured in 17 such songs including remixes and originals. Next, he went on to release the album titled The State vs. Radric Davis in the year 2009. The release label was Warner Bros. Records. At the end of 2009 Gucci was able to bag 6th position on the MTV's annual Hottest MC in the Game list.

Gucci’s biography has been adobe to many controversies. Mane is infamously known for shooting in defense at his residence in Decatur in the year 2005. He was also prosecuted in an assault case. His overall activities brought him six months jail and stipulated community service. He was again arrested in the year 2008 for not completing the community service. This got him six months in prison. The last time he was convicted was in the year 2014 when he was found in possession of felon firearm. He was released in May 2016.

Gucci has also been named in more than one controversy in the industry. The latest being a series of derogatory tweets on SNS twitter. Later Mane announced his account was hacked.

Despite controversies, Year after year, Mane continued to be in the music industry. He had released albums almost every year and grown his stature as a rapper. The latest he released was on 22nd of July 2016 titled ‘Everybody Looking.’ He has also managed to appear in a concert post his release from the jail.

Gucci has also managed to act in a couple of movies after he debut in 2012 with the film Birds of a Feather. His clothing line is also anticipated in near future after he officially announced for the same in May 2016. The clothing brand will be named Delantic.

Mane works hard for the successful career he has today. He has proved his mettle and raised his net worth to a whopping 15 million USD.

FAQ: How old is Gucci Mane ?