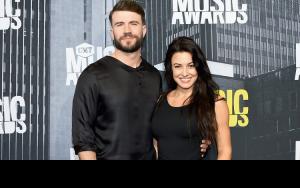 Hannah Lee Fowler is an American nurse who was born on October 27 in Montevallo, Alabama to Scott and Linda Fowler. She attended an Evangelical Christian School and was also homeschooled until graduating in 2006. Fowler has six siblings named Daniel, Rebekah, Sarah, Joshua, Jonathan, and Elizabeth. Little is known about Fowler's life leading up to her relationship with singer Sam Hunt. It is known she works as a nurse and she is credited with inspiring Hunt to name his first Album "Montevallo" after her hometown. Fowler and Hunt began dating in 2007 while Hunt was attending the University of Alabama. They enjoyed a relationship together but had several breaks over the years.

Fowler first appeared in the public spotlight In 2016 when Hunt shared a photo of the pair together on Instagram. In 2017, news that they were engaged broke after it was revealed that they had become secretly engaged while in Israel. After an on-again-off-again relationship that spanned ten years, the couple finally got married on April 15, 2017. They had their wedding ceremony in Hunt's hometown of Cedartown, Georgia. Hunt has made a successful living as a country music star but aside from the occasional social media post, both he and Fowler keep their lives very private.

FAQ: What is Hannah Lee Fowler networth in 2020?