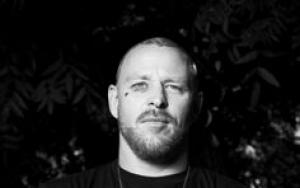 Jason Ellis is known as an Australian radio host, skateboarder, amateur fighter, musician, and media personality. He is most famous for hosting The Jason Ellis Show on Sirius XM Radio.

Jason Ellis was born on October 11, 1971. Jason Ellis moved to the United States from Australia at seventeen years old to pursue his dreams of skateboarding.

Jason Ellis was a pro skateboarder for two decades before resigning from the sport in 2006. One of the six Big Air contenders to contend in both 2004 and 2005, Jason started experiencing a blackout in 2005 and didn't make the last event, completing tenth overall. In 2001, Ellis set the Guinness World Record for the greatest drop on a skateboard, hopping into a 70-foot skateboard incline. This record was broken in 2006 by fellow expert skateboarder Danny Way at Las Vegas' Hard Rock Café.

Ellis became a huge name when he was hired as a host for the Sirius XM satellite radio station and launched "The Jason Ellis Show". For the 2011 season, Ellis raced in the Lucas Oil SuperLite Series for Dethrone. At a number of events, he did his Friday morning radio show from his van.

Ellis started getting involved in mixed martial arts when he trained in the Team Quest camp situated in Murrieta, California under the training of Dan Henderson, Jason "Mayhem" Miller, and Muhammed Lawal. He likewise trained with Justin Fortune at Fortune Boxing Gym in Hollywood California. Ellis made his MMA debut against Brazilian jiu-jitsu expert Tony Gianopulos on February 6, 2009, winning with a guillotine choke. Following a three-year break from MMA, Ellis came back to the game on July 14, 2012 crushing UFC veteran Gabe Ruediger with a knockout in the second round. Gabe Ruediger demanded a rematch on the grounds that he didn't consider the first battle to be that important. Subsequent to being dropped by Ellis, Gabe lost their rematch to the judges' scorecard.

Ellis was also the founding member and vocalist for the comedy rock metal band, Taintstick, which achieved chart success with its debut album Six Pounds of Sound. Taintstick has since become known as "Death! Death! Die!".

Jason Ellis got married to Andrea Brown in 2006 and divorced her six years later in 2012. He has two children with Andrea. Their first daughter was born a year before the marriage. He dated pro wrestler, Chyna in 2007 when he was already married and was living with his wife. He once discussed his intimate relationship with Chyna in an interview.

Quick Facts
Help us Edit this article and get a chance to win a $50 Amazon Gift card.
Last Modified: Aug 11 2020
You may also like
articles you may like