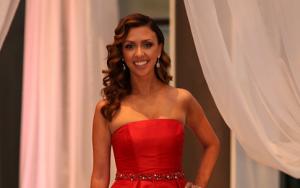 JC Monahan is known as an American meteorologist and newscaster She is most famous for her work at NBC's Boston affiliate WBTS.

JC Monahan is from Newton, Massachusetts. In 1994, she got a bachelor’s degree in Broadcast Journalism from the University of Maine. She continued her education by attending Mississippi State University where she completed a Broadcast Meteorology Program. Her education at MSU would be the launching pad for her eventual career.

JC Monahan is married to Jim Farrel, the director at WGBH. She is a mother of two children with her husband who is a very loving father. They are both in the same profession of news reporting. Sharing the same passion and interests allowed them to develop a strong bond. The couple’s first child was born on October 18, 2006 and was named Catherine. Six years later, another child was born to the Monahan family, they named her Victoria Rose.

Their daughter, Victoria Rose brought them close to each other as a couple and kept their relationship flourishing. Everything was moving forward for Monahan in her career and she had the strong support of her husband. One of her major focuses is to ensure that her marriage is going smoothly and without complications. She is having a great time with her husband Jim. Monahan is a compassionate and loving mother who wants the best for her family.

The couple lives a contented life and hasn’t given the media any reason to speculate about a divorce. There hasn’t been any news of her having a private affair with anybody, she loves her husband very much and trusts in building a long future with him. Her husband isn’t much in the media because he keeps a low profile. He is a loving father who is just interested in doing his work and taking care of his family.

JC Monahan’s career took off at the WZON station in Bangor, Maine where she worked as a News Director. During her time at WZON, she was awarded by the Associated Press for her great work and professionalism. Monahan then relocated south to work as an entertainment and weekend forecaster reporter for WPXT-TV in Maine. After this stint, she became the reporter for weather-related activities at NECN. In April of 2006, Monahan announced that she was pregnant and would have to take some time off to deliver the baby.

On April 8, 2013, it was announced that Monahan would be leaving her post as a weathercaster to become co-anchor for Chronicle. In the weather division, Monahan was replaced by Cindy Fitzgibbon, a previous WFXT meteorologist, who started work at WCVB in April 2013. The new roles did not last long because Fitzgibbon went on to work for NewsCenter5 EyeOpener and Monahan was signed up for a program on NewsCenter 5 Midday.

Monahan has received awards from the Maine Association of Broadcasters for her reporting work. The awards given to her were Best Radio Newscast and Best Series Reporting.