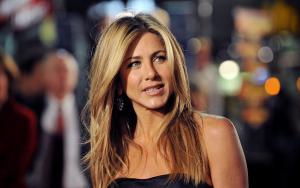 Jennifer Aniston is a famous American actress, film producer, businesswoman and philanthropist. She is most famous for her character Rachel Green in the popular television sitcom 'Friends.'

Jennifer Aniston was born on February 11, 1969, in Sherman Oaks in Los Angeles to her family of actors. Her father, John Aniston, was well known for his acting performance as Victor Kiriakis on "Days of Our Lives", a soap opera on NBC Network. Jennifer's mother, Nancy Dow, acted in several films and TV shows.

Jennifer shared her early childhood with her grandmother, living together in a three-bedroom house in Eddystone, Pennsylvania. She began her elementary school there but shifted to New York City when the family decided on it.

Jennifer's parents separated when she was nine years old; she had a half-brother named Alexander Aniston from her father's second marriage.

Jennifer, drawn to acting by her family's background, began acting in eleven whilst studying at Waldorf School. Later, she graduated from Fiorello H. LaGuardia High School of Music & Art and Performing Arts.

Jennifer Aniston started her acting career in 1988, working in broadway shows, but she couldn't make much money out of it. So, to fulfill the necessary, she took up different part-time jobs like a telemarketer, waitress, and bike messenger.

In 1989, she moved to Los Angeles, where her father stayed. It was in 1990; she made her debut in television by serial, 'Molloy'. One opportunity unfolded another, and she got offers from different series on television and made a decent living off it.

She made her film debut in 1993, but it was disastrous; she received many negative reviews for the horror film, Leprechaun. Although the film later became a cult, it didn't do any good to improve Jennifer's reputation.

It was when 'Friends', an American sitcom, changed her life and position drastically. Jenniffer's portrayal of Rachel Green aired on NBC from 1994 to 2004, and the show together was a huge success, which established her in acting and Hollywood. Ever since she never had to look back.

Jennifer Aniston and actor Brad Pitt married on July 29, 2000, after two years of courtship. But, the marriage couldn't last more than five years, and the couple announced their separation on January 7, 2005, and finalized their divorce nine months later. They didn't have any children together.

One thing leads to another; the divorce reunited Jennifer with her mother, with whom she had a complicated relationship since childhood. Jennifer said that she realized that her mom was always trying her best to make her the best person.

FAQ: What is Jennifer Aniston networth in 2020?