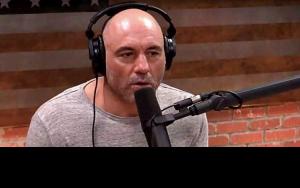 Joe Rogan is an American stand up comedian, actor, and podcast host who was born on August 11, 1967, in Newark, New Jersey. He was raised by his mother and his father Joseph who worked as a police officer in Newark. Rogan's parents divorced when he was five years old and he has not had contact with his father since. His mother married again and moved to Gainesville, Florida when he was 11. His mother and stepfather moved again, this time to Newton Upper Falls, Massachusetts where he attended Newton South High School. Rogan graduated from high school in 1985 and began a career in kickboxing. He became a Massachusetts state champion four consecutive years before becoming an instructor. Rogan briefly attended the University of Massachusetts Boston but dropped out before graduating. At age 21, Rogan performed his first stand-up comedy act in 1988 at an open mic night at Stitches comedy club in Boston. He began to land comedy jobs while he worked as a newspaper delivery man, limousine driver, and taekwondo coach. His career in comedy began to grow and he landed a role on the sitcom "Newsradio" before going on to commentate for the UFC and host the reality show "Fear Factor". Rogan married a waitress named Jessica Ditzel in 2009 and went on to have two daughters.

Help us Edit this article and get a chance to win a $50 Amazon Gift card.
Last Modified : Aug 6 2019
You may also like
articles you may like