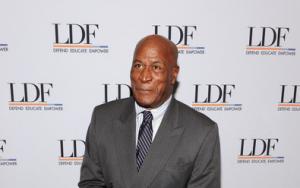 John Amos was born on 27 December 1939 in New Jersey. He belonged from a lower middle-class family. His mother name was Annabelle P. and his father's name was John A. Amos Sr. His father was an auto mechanic and he influenced him to get into cars and motorcycles. He did his high schooling from East Orange High School in New Jersey. He completed his graduation in 1958. Growing up he was a very bright student as well as a good sports player. He used to play football as well as basketball. After completing his graduation, he went to Long Beach City College for getting a bachelor's degree in Sociology. When he was in college he played football with at Colorado State Rams football team. In 1964 he was signed by the Denver Broncos but the very next day he was released because of injury concerns. He was then signed by Joliet Explorers who played in the United Football League.

In 1965 he signed for Continental Football League’s Norfolk Neptunes and later Wheeling ironmen. He later realized that he wasn’t good at football and he should change his career. This was revealed to him by his coach Hank Stram when he told John that he wasn't a football player he is just trying too hard. He left football and started writing poems for a change. Amos got his first role in the show The Mary Tyler Moore Show where he played the role of the weatherman. He did this show for 3 years leaving it in 1973. In 1971 he got a role in a McDonald’s commercial. In 1974 he went on to do 61 episodes of the sitcom Maude which lasted 2 years from 1974 to 1976. He also appeared in movies such as The World’s Greatest Athlete. In 1975 he did a role in Let’s Do It Again with Sidney Poitier and Bill Cosby. His movie career went quite well as he usually did movies every year. In 2009 he even made a country album and released it all in America. Amos has won the most number of awards of any TV personality.

In his personal life, Amos is a very polite and generous person. Known for his charity Amos has garnered much of media attention in the past decade by doing charitable shows all across the USA. Amos got married thrice and was also divorced three. In 1965 he married Noel J Mickelson, this relationship however didn’t last long and they decided to split up. In 1978 he married Lillian Lehman who herself is an actress. They were together for just one year as in 1979 they got a divorce. He has 2 children with his first wife. His biography can be read on Wikipedia and IMDb. His fans can follow him on Facebook as well as twitter. His net worth is estimated to be around $5 million. At 76 Amos is still going strong and shows no sign of stopping. He has earned the respect of almost everyone in the industry and has shown that if a person has passion he could do great things even after starting late than everyone else.

FAQ: How old is John Amos ?