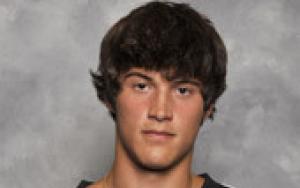 A radio talk show host and political commentator for Fox Radio Division is also associated to T.V.  Since 2008 he runs a radio program The John Gibson Show. Earlier he was hosting a program The Big Story at Fox News.

A bachelor in Films and Television, from School of theatre, UCLA, John began his career as a reporter. He was with some local news channels and also worked as feature writer for a magazine.  He was  bureau chief of  the magazine in 1989.

John started as a news correspondent in California, at NBC news. He covered many sensational stories during this period. He was an anchor for MSNBC program broadcasted in the day time, where he covered the famous story of Bill Clinton and Monica.

In 2000, Gibson joined FNC as a host, with the start of its new program, Big Story.  He also tried his hands on writing and got a book published Hate America the New World Sport. It was among the best sellers of it’s time. In 2008, the program got replaced with a political show, in the view of coming Presidential Elections. After elections, the program was not re-launched and was replaced with another program. Gibson joined the late night program as a guest of panel.

Gibson was once quoted saying that major news channel BBC was an anti American. He referred to the comment of one of the broadcasters of BBC on radio, in which the announcer praised the Iraqi army for fighting bravely. In his words, American army was incompetent. Later when investigated the allegations were found non worthy.

During a shooting at an academy in Cleveland in 2007, he commented on his show abut the shooter and claimed he was a white and was not a professional. Many times he had been in trouble because of his remarks and faced criticism.

Publicly John is often criticized because of his habit of comments.  Times and again his reactions to the comment that comes frequently are taken by media and public, and similar reactions grow in a circle.

Being an author, he is expected to be a thinker and intellectual class, so his remarks make waves. Sometimes people who are in media and public eye do such things just to be in the limelight, and that is what John seems to be doing always.  His talk show is hot, so he is listened by thousands of people, and all what he says is news for listeners.

John is married or not; many speculations are made about the topic but certainly there are no answers. In his words, the concept of marriage is that the people marry just because they need to have children and raise them.  In this regard once he was quoted as saying that the concept of gay marriage should be replaced by another word. People get married to raise their children, and gays cannot have children. Marriage happens only between a man and woman.

FAQ: How old is John Gibson?