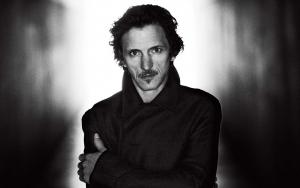 John Hawkes is known as an American actor. He is most famous for his roles in Deadwood, Eastbound & Down, and Winter's Bone.

John Hawkes was born on September 11, 1959 in Alexandria, Minnesota. He was born to John Perkins and Patricia Jeanne. His father John Perkins was a rancher who sold wheat, corn, pigs, and horses. John Hawkes graduated from Thomas Jefferson High School. He then joined St. Cloud State University.

John's first film role was in Future-Kill where he was credited as John Perkins. He changed his stage name to John Hawkes since there was another actor named John Perkins. John helped to establish the Big State Productions Theater Company and appeared in the gathering's unique play, "In the West", at the Kennedy Center in Washington, D.C.

He assumed the role of Greg Penticoff in season 1 of 24 but got his biggest break as Sol Star on the HBO series Deadwood. In 2011, he was nominated for an Academy Award for Best Supporting Actor for his performance in Winter's Bone. He also won some other honors for the role including the Screen Actors Guild Award for Outstanding Performance by a Male Actor in a Supporting Role.

He played Lennon on ABC's Lost but it was only a small role. He depicted Dustin Powers, sibling of protagonist Kenny Powers, in every one of the four seasons of the HBO series Eastbound and Down. He played the straight man character while Danny McBride played the wild Kenny Powers. Kenny Powers was ousted from the major leagues of baseball and was trying to recover his life. Part of his journey included moving in with his brother, played by John Hawkes. John was praised for his role of being a sharp contrast to McBride's acting.

John's list of film roles includes Me and You and Everyone We Know, The Perfect Storm, American Gangster, Wristcutters: A Love Story, Martha Marcy May Marlene, and Lincoln. In 2016, it was reported that Hawkes would star in the Amazon pilot The Legend of Master Legend, which was based on the real hero Master Legend.

In September 2019, at the 2019 Emmy Awards show, the film, Deadwood: The Movie was nominated for Outstanding Television Movie. John has a role in the TV movie.

John Hawkes is married to his sweetheart Sophie. He has three children with her. He has been private about his family life and does not like to reveal information about them in the media.

Help us Edit this article and get a chance to win a $50 Amazon Gift card.
Last Modified: Oct 16 2020
You may also like
articles you may like