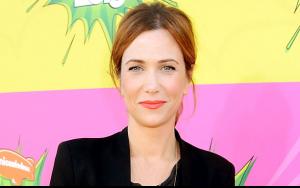 There are few people in the universe, who can actually establish them in various areas as a superstar, among them; Kristen Wiig is one renowned name. She is the Jack of all. She has huge capacity, creativity and expertise that can be viewed in her work. She is very versatile personality as she is an actress, director, screenwriter, comedian and producer. The gifted actress was born on August 22, 1973 in Canandaigua, New York. She was given birth by parents Laurie J and Jon J. Wiig. One cannot even imagine her dedication towards the work. She gives 100 percent to each and every job.This is the reason that, she gained six consecutive Emmy Awards nomination and also nominated for an Annie Award for Voice Acting in a Featured production for her work. Not only this, She was nominated for Golden Globe Award for best Best Actress in a Musical and comedy. She as well gained the nomination for an Academy Award and BAFTA for best original Screenplay.

Talented, Wiig graduated from Brighton High School later she, Joined the University of Arizona as an art student. She received her first acting class as an elective. Sometime minor suggestion of anyone becomes the gift of life and this statement turns true, when her teacher advised her to continue acting.

And so what, she started her career from television by appearing in the Spike TV show The Joe Schmo Show, where she can be looked as “Dr.Pat”, the quack marriage counselor. She made her screen acting debut on November 12, from Saturday Night Live Shortly into Season 31. She made her performance on Saturday night till the season 37. Talking about her film career, she had a role in Judd Apatow’s 2007 comedy knocked up, where she appeared as a passive aggressive assistant. She as well played in Jake Kasdan’s Walk Hard. She received the main role as Ruth Buggs in Greg Mottola’s comedy paul. She can be viewed as Yoga teacher in Forgetting Sarah Marshall. She played movies in 2010, like MacGruber, which was the animated comedies, Despicable Me and Despicable Me 2 , As well as the Andrew Jarecki’s All Good Things.

She is also the co-writer of the film Bridesmaids, which was established on May 13, 2011. Luckily, the film was successful and received the two nominations for Best picture-musical or comedy. This film received the business of $ 280 million dollars, worldwide.

Talking about her family and relationship, her father ancestry is Norwegian and Irish whereas her mother ancestry is English and Scottish. In case of relationships, she faced many ups and down, she got married with actor Hayes Hargrove in 2005. And, her relation ended in 2009 by divorcing with him. Later, she started dating with The Strokes’ drummer Fabrizio Moretti. And, She subsequently, split up from him.

Let’s know about some interesting fact about her. She is vegetarian. Her age is 41. She seems lovely as she has perfect body. Her hot body measurements are 34-25-34. She measures her height about 5 feet and 5 inches, which is about 165 cm tall. She looks sexy and slim. Her eye color is Blue and hair color is Brown-Dark. Star sign is Leo, whereas sexuality is straight. Her claim of fame is Saturday Night Live. Her close friends are Paul, British comedy actors and director Simon peg. She was ranked in Time magazine as 100 most influential people in the world. Her surname was taken from the Norwegian language, “Wiig”.

She is very hardworking actress, she has earned name, fame and prosperity in her lifetime. Her net worth is $ 16 million dollars. Her hot pictures and bikini, especially exposing hot legs and feet are available at web. Her lovers can catch her on twitter, Facebook and her official site Kristenwiig.com. Her biography can be found at wiki and bijog.com

FAQ: How old is Kristen Wiig?