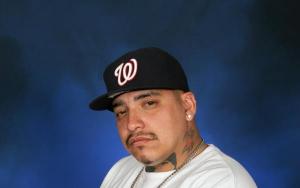 L-Boy is an American rapper, writer, actor and producer. He was born on May 9, 1991 as Lionel Boyce, but is more commonly known by his stage name L-Boy. In 2011, he joined the rap group Odd Future and began working with members of the group, such as Tyler, the Creator. For the past several years, L-Boy has been focused on writing, acting and producing for television. In 2012 he collaborated with Odd Future on a sketch comedy show for Adult Swim called Loiter Squad.

The show ran for three seasons until 2014. In 2017, L-Boy and Tyler, the Creator wrote and co-produced another show for Adult Swim, this time an animated comedy series. One season of the show has aired and there is no word on whether it will continue for a second season. Recently, L-Boy and Tyler, the Creator signed a deal with Sony Pictures to create new television programs.