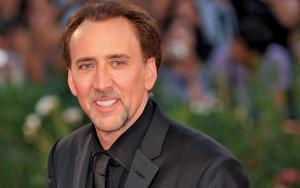 Nicolas Kim Coppola, known professionally as Nicolas Cage, is an American actor, director, producer, and filmmaker. Cage has been nominated for numerous awards and has won an Academy Award, a Golden Globe, and Screen Actors Guild Award for his performance.

Nicolas Kim Coppola was born on January 7, 1964. Nicolas's father, August Floyd Coppola, was a literature professor and his mother, Joy Vogelsang, was a dancer and choreographer in Long Beach, California. Nicolas Cage has an ethnic of Italian-German-Polish descent and was raised as a devoted Catholic. Nicolas has two brothers, Christopher Coppola and Marc Coppola.

From a very young age, at 15, Nicolas wanted to act, to pursue his dream and desire; he dropped out of his school, Beverly Hills High School, and joined the UCLA School of Theater, Film, and Television. He sold popcorn at a Los Angeles theatre after dropping out of high school at seventeen years.

Francis Ford Coppola, a famous film director, was the Uncle of Nicolas Cage. Nicolas felt the pressure of the name, and he also didn't want to lurk in the shadows of the success of his uncle name 'Cappola,' so he changed his cast from Cappola to Cage, named after the Marvel Comics superhero, Luke Cage. As a youth, Nicolas often visited his Uncle at his San Francisco home.

He made his television debut in 1981. He received no response from his Uncle when he tried convincing him to give him a screen test, telling him he'll show what acting is. Nicolas worked for his Uncle, reading lines with actors auditioning for his film; it worked miraculously to land Nicolas a role in his film, Rumble Fish. Another part followed in a Valley Girl(1983), a film that launched his acting career.

Nicolas cage dated Christina Fulton and had a son with her. He married Patricia Arquette on April 8, 1995, whom he proposed on the first day of meeting her; Arquette agreed to marry him two years later. The couple divorced in 2001.

He then married Lisa Marie Presley, daughter of Elvis Presley, on August 10, 2002, but the couple filed for divorce in the same year, which was finalized two years later.

In 2004, Nicolas tied the knot with Alice Kim, a former waitress, and had a son. In 2019, he married makeup artist Erika Koike in Las Vegas, but just after four days filed for an annulment.

Nicolas engages in several charities and is exceptionally kind in donating. For his benevolent nature, he is regarded as one of the most generous stars in Hollywood. Nicolas lives a lavish lifestyle; it was reported in the news that Cage owned over 15 real-estate properties, including a medieval castle in Germany, which he sold for $2.5 million. He purchased a Castle in England and owned several homes in the Bahamas, Nevada, and Paradise Island. Nicolas has 22 luxury automobiles which include 9 Rolls Royce. He has a high passion for comics books and had a vast range of collections which he sold at an auction of a record $2.16 million.

Nicolas' taste is sometimes questionable because he once owned several exotic pets, including a crocodile, two King Cobras, a salt-water shark, and a lizard.

- He won the Blockbuster Entertainment Award for 'Favorite Actor' for 'The Rock'' in 1997.

'Moonstruck,' released in 1987, was one of his first commercials, hit films winning the Oscars and the Golden Globe Award. The movie earned him a nomination for the best actor in the Golden Globe Award. In 'Leaving Las Vegas, the role of a miserable alcoholic earned him immense praise and an Oscar. In 2004, Walt Disney's National Treasure became a huge box office success earning over $347.5 million worldwide, spawning a sequel.