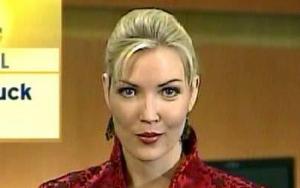 Nicole Mitchell is known as an American weather reporter and U.S. Air Force Reserve major. She is most famous for being a meteorologist at the Al Jazeera Media Network.

Nicole Mitchell was born on October 10, 1974 in Frago North Dakota. Nicole was selected into the Air National Guard right after she completed her high school studies. Later, she was able to rapidly jump from the weather observer position to weather forecaster spot after impressing the military in her training. The experience gave her the chance to forecast climate both around the nation and around the globe.

Nicole is the holder of three degrees. She has a bachelor's in Speech Communication from the University of Minnesota, a J.D. from Georgia State University, and a meteorology degree from the US Air Force.

Nicole started her career in Duluth, MN, where she worked as an Assignment Manager. After getting some experience, Nicole then worked as a TV Meteorologist in Rapid City, SD, South Bend, IN, Tulsa, OK, Miami, and New York City. Her biggest posts were with The Weather Channel and Al Jazeera America.

She took as many as hosting and acting jobs as she could after being fired by the channel to keep herself in the business. She was also promoted to the Major position by the military because of her impressive military work.

5 Eyewitness News invited Nicole Mitchell to their staff in June 2017. When asked about her work for Channel 5 ABC Eyewitness News in Minnesota, Nicole said, "I love being a Meteorologist because of how weather impacts our lives. Whether it's giving updates on severe weather or helping people plan for all the great outdoor activities here in Minnesota, I'm honored to provide those forecasts."

Nicole is a member of the American Meteorological Society and has held the AMS Seal since 2000.

Nicole has not revealed any information about her personal and private relationships.

Despite having a busy career, Nicole finds time to satisfy her extrovert self. Her hobbies include sky diving, kayaking, rafting, and other outdoor sports.

Nicole believes in remaining active, and also in helping others. She generally gets involved in charities related to children. She tends to encourage school children to excel in science and math. She has dared to each mainland, even Antarctica, and has even ascended Africa's highest mountain, Mt. Kilimanjaro.