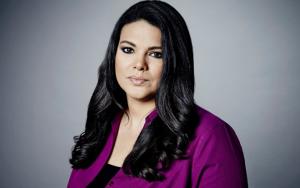 Sara Sidner is known as an American journalist. She is most famous for her role at CNN International Networks.

Sara Sidner was born on May 31, 1972, in Miami Lakes, Florida. She was born to an African-American father and a British mother. Sidner went to the University of Florida, from which she earned a degree in telecommunications. Sidner was not just a bookworm while in school, she played volleyball for the college squad. During her last year, they secured the fourth position in the standings.

In 2015, in a syndicated talk show, Sidner implied that she was in a marriage and said her tight work routine as an international reporter was perhaps the greatest test in her marriage. She revealed that her wedding plans were done through telephone while she was in Africa covering the Libyan war.

Sara Sidner began her journey as an on-air reporter at the WUFT-TV station located in Gainesville, Florida. She then joined the KFVS-TV station located in Cape Girardeau, Missouri. After some time, Sara went on to join the WINK-TV station in Fort Myers, Florida. She worked there for a short period and afterward went to the KDFW-TV station in Dallas, Texas. At the Texas TV station, Sara worked as a consumer reporter and as an anchor for about 3 years. Sidner did incredibly well in her work at KDFW-TV, and she did not go unrecognized for her efforts. She covered the Space Shuttle Columbia Disaster so well that she got international praise and acknowledgment.

In 2004, Sara Sidner joined the KTVU station located in Oakland, California. Here, she worked as a co-anchor for the weekend’s Channel 2 News at 6 as well as on The Ten O’clock News. Sara also worked in the same station as a weekday reporter. Sidner did exemplarily well and in 2008, she joined the prominent CNN network.

She first reported to CNN offices in New Delhi, India. While working there, Sara covered huge stories such as the terror attacks on a number of places in Mumbai in 2008, including the renowned Taj Mahal Palace and the Tower Hotel which murdered more than 170 innocent people. The coverage lasted for about 60 hours, and Sidner was live on TV all that time.

Sidner was featured in a documentary on the 25-year civil war in Sri Lanka and has done a lot of war reports in places like Afghanistan, Thailand, and Bangladesh. While in India, Sidner covered social and economic development issues in the country. Her coverage formed the "Freedom Project", which won an award. She toured Chile and Haiti in order to cover the consequences of earthquakes in those countries. Sidner has also worked in CNN International’s Jerusalem, Abu Dhabi, offices in 2012.

In 2011, Sidner was awarded for covering the Bangladesh horrors facing youngsters. Her second award in 2012 was for 'Operation Hope', one of the Freedom Project documentary coverage. The stories were so heartfelt and sad, to the extent that a seven-year-old boy left to die after being castrated only because he refused to beg. Sidner won the Achievement of the Year Award from SKY WFTV Women in Film & Television in the UK for her report on the war in Libya.

In 2013, Sidner received yet another 2 Alliance for Women in Media Gracie Awards. This was in honor of her stories about female infanticide in India and secondly for her breaking news coverage of the Gaza-Israel conflict from Gaza & Israel in the year 2012. She was also part of the team that won a Peabody award for coverage of the Arab Spring.

FAQ: How old is Sara Sidner?