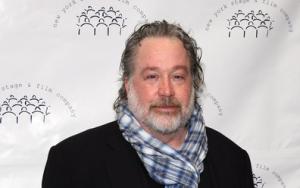 Tom hulce was born on 6th december in 1953.he was born in Detroit, Michigan ( some sources incorrectly say Whitewater, Wisconsin).he was raised in Plymouth,Michigan with his sibling. according to his interview to 'people'in december 10th 1984, he was the youngest of all .he had two sisters and an older brother. his mother , Joanna(nee Winkleman) , sang briefly with Phil Spitalny's ' all - girl'  orchestra , and his father, raymond albert hulce, worked for the  Ford motor company. this can be confirmed with the retrived article -" william holden, patrick swayze, and tom hulce: their  cousinship with Jean margaret throughb the betts family" - december 5 , 2013.

As a child he wanted to be a singer,perhaps his mother's genes influencing  him. he had completed his schooling at his nineten years. he lovbed to be a singer and unfortunately his voice wasn ' t cooperating as it had changed may be due to teenage.he understood his status and quickly swifted his decision to becoming an actor. with that decision he started toi work towards becoming an actor. latet on, he was asked  the reason behind his decision of becoming an actorm and he replied that he someone saying that acrting is something that was hard to learn and he wanted to prove it wrong.. to the world's surprise he acompalished his goal in his future.

He started to work as a ticket selkler and usher in ann arbor. he was impressed by christipher walken in a play in startford, ontario. that was the spark that created a desire in young tom's mind that he had to become an actor.obviously , his parent' s didnt like his idea, hence detained their support for him to go for his goal. on his own determination,  he left home at the age of 15 and attended Interlochen  art Academy and the North carolina school of the arts.before reaching newyork to work in broadway he spent his vacation in england.

Hulce made his acting debute in 1975, playing opposite Anthony perkins in Equus on broadway . it was an interesting story that tom had been hired for an another horse at that time and he was really badly wanted the role. still , he was waited for his odds and he got the role after nine months of long waiting. it was his first work for broadway and he acted nude in that role. later, he was asked why he didnt felt bembarrassed while doing the character. he replied that it was comfortable with  Robertta maxwell that it was written so naturally and in abrilliant way that he couldnt avoid or embarrassed with the nude scene. this was the stage he set for his life that he had turned out high in television..

Throughoiut the rest of the early 1980s , he worked primarily as a theatre actor, taking occational parts in movies.his first film role wasas fresh man student Lawrence ' pinto ' kroger in the classic comedy-Animal house in 1978. in 1983 ,he played a gunshot victim in the television show-St Elsewhere. in the early 1980s, hulce was chosen over intense competition (which included david bowie,mikail baryshnikov and kenneth branagh) to play the role of Mozart in director Milos forman's film version of Peter shaffer's play Amadeus.in 1984, he was nomonated for an academy award for best actor for his performance, losing his costar, F. Murray abraham. in his acceptance speech, abraham paid tribute to his co actor saying,"there's only one thing that's missing for me tonight., and that's to have tom hulce standing by my side"

In 1989, he received his second best actorGolden globe award nominationfor a critically acclaimed performance as an intellectually challenged garbage collector in the 1988 movie-Dominick and eugene. he played supporting roles in parenthood (1989),Fearless(1993),and Marry shelley's Frankenstein(1994). in 1988 he played the title part in the british dutch movie -shadowman directed bythe polish director Piotr andrejew.

FAQ: How old is Tom Hulce ?