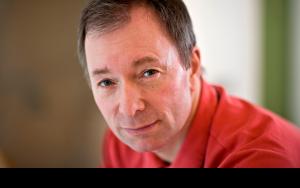 Tony Parsons is known as an English television broadcaster, writer, and journalist. He is most famous for his work at the Daily Mirror.

Tony Parsons was born on November 6, 1954, in Romford, Essex. He was the one and only son born to his parents. Until he was 5 years old, they lived in a flat for rent which was just above a shop at Essex. Later, they completely switched their lives and moved to their own house at Billericay in Essex.

Tony’s father is a retired Royal Naval Commando and acquired prestigious medals for his distinguished service during World War II. Later, he became a lorry driver, greengrocer, and a market trader. His mom worked at the school cafeteria. Tony attended grammar school however he gave up on school when he was 16 years old. He was employed in some low-paid and unskilled jobs.

Tony Parsons was employed at City Insurance Company where he worked as a computer assistant. In his leisure time, he showed a keen interest in sharpening his literary talents and skills. He published an underground paper known as the Scandal Sheet.

In the year 1974, Tony started his career in Gordon’s Gin at London where he got acute gin allergy. He wrote his first book called The Kids and it was published by New English Library in the year 1976. In the summer of 1976, New Musical Express announced their need for new writers. At this time, Tony submitted his writing piece and kept the novel submitted for review. Once after submitting the novel, he was honored with staff writer work. His first news coverage included pieces on punk rock bands such as The Clash, Sex Pistols, Bruce Springsteen, and Talking Heads.

For the next decade, Tony kept writing at the mainstream paper called the Daily Mirror.

Tony Parsons married an NME journalist called Julie Burchill. Together this pair answered an advert soliciting Hip, Young Gunslingers for practicing as a new writer. In the year 1979, they both wrote a book and titled it The Boy Looked at Jhonny. This journalist pair were blessed with a son and they named him Bobby Kennedy Parsons. They started to encounter problems in their relationship and their marriage life ended up in a collapse during the year 1984.

Tony took care of his little one by himself after becoming single. Being single and taking care of the small kid was the inspiration that led to his unbelievable success in his bestselling selling novel called Man and Boy. In the year 1987, Tony’s father passed away due to the deadly disease of cancer. His mother also passed away from cancer, in the year 1999. His mom died just one week before the release of Man and Boy. Parsons stated that the book Man and Boy was dedicated to his deceased mom.

Later in the year 1992, Tony got married to a Japanese woman called Yuriko. This couple was blessed with a girl kid called Jasmine.

FAQ: How old is Tony Parsons?