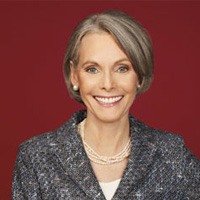 Jill Dougherty is a journalist and academic from the United States. She is widely regarded as a leading expert on Russia and the former Soviet Union. Dougherty worked as a journalist for most of her career before deciding to pursue a career in academia in 2014. She is currently a Centennial Fellow at Georgetown University's Walsh School of Foreign Service, where she also serves as an instructor. ... Read more