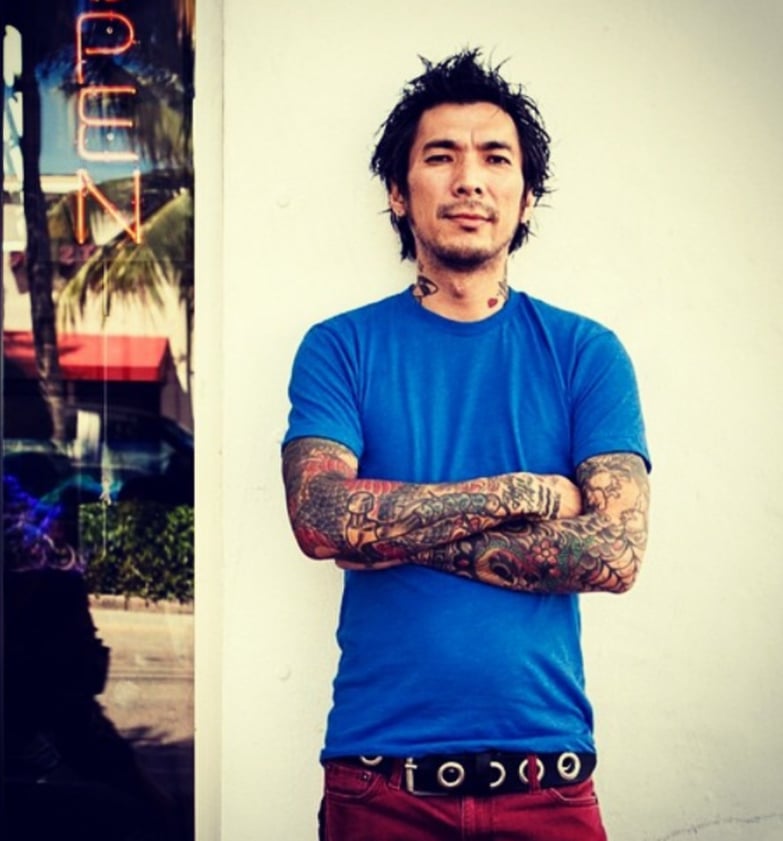 Yojiro Harada (August 6, 1972 – March 27, 2019) was a Japanese tattoo artist and musician who rose to prominence after appearing on the TLC reality show Miami Ink. He was a member of Big Deal, a punk rock band. Ruthless & Toothless is a baby apparel company started by Yoji and fellow tattooist Darren Brass. He also appeared in the 2001 thriller Suicide Circle, also known as Suicide Club, minorly. Yoji was a Tokyo native. When he was 24 years old, he moved to the United States. ... Read more