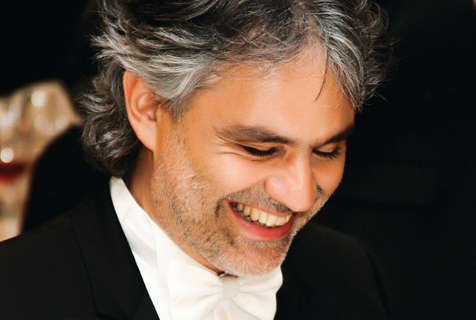 Andrea Bocelli (OMRI OMDSM) is an Italian operatic tenor and multi-instrumentalist who has won numerous awards. He was diagnosed with congenital glaucoma when he was five months old, and he went completely blind when he was 12 years old as a result of a soccer accident. In 1994, he shot to fame when he won the preliminary round of the 44th Sanremo Music Festival with his performance of "Miserere," earning the highest possible score ever recorded in the newcomer's section. ... Read more