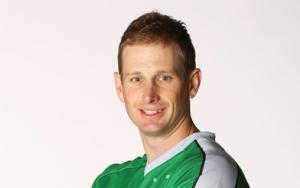 Adam Voges, an Australian cricketer, has played for his Australian national team in various competitions including Twenty20 International level, One Day International and Test. In domestic cricketing, Adam has been the captain of Perth Scorchers and Western Australia.

Due to his celebrity status, little is known about Adam’s personal life as opposed to his cricketing career. Adam’s biography does not disclose his net worth and also contains little information about his early years except naming his parent, Kenneth Voges. Following his success during a concussion test, Adam ruled out retirement as he made a more enthusiastic comeback as a Test batsman in grade cricket. Adam’s comeback follows a recovery from an injury after being struck on the helmet during a Sheffield Shield match.

If his training sessions prove successful, Adam anticipates returning back to form; he was previously struggling with dizziness and headaches and consequently, failed a number of the concussion tests – which assess memory and reaction time. However, since he passed his Cogstate test, Adam was allowed to commence physical exercise. In his remarks, Adam stated that he has gradually gotten better and anticipates, even more, progress in the coming days.

According to Voges, the failure of his reflexes came as a shocker, but he conceded that he was now experiencing a seemingly “psychological barrier” in respect to short-pitched bowling. However, Voges assured his fans that he would put more effort towards overcoming the little psychological barrier pretty quickly. Although he considers his playing of the short ball to be quite decent, Voges continues to reassure that he will cop a good one over time.

Following questions of his future in the sport, Voges was quick to assert that had not engaged in any talks with national selectors concerning his future in the youth-driven rebuild of Australia. His concussion caused him to be left out in the third Test held in Adelaide. However, Voges added that the selectors were justified to leave him out as he had not showcased good performance.

Adam was called up in April 2015 to join the Australian Test Cricket team for an away Test series in which they played against England and West Indies. Voges considered this a humble privilege as it was his debut appearance in the national team in his career. During this time, Voges gained popularity, since he was the oldest of the entire Test debut centurion.

Apart from that, among all the players on Test debut to have ever scoped with the man-of-the-match award, Voges is the most advanced in terms of experience. It was Brendon Julian that presented his Baggy Green Cap. After David Warner had experienced an injury (a thumb fracture), Adam Voges was named as Australia’s stand-in test Vice-Captain during the ODI Series in a game against England. In addition, Voges eclipsed the Ricky Pointing’s 209 runs record when he eclipsed the celebrated Bellerive Oval’s Scoring Record. With time, Adam again made news after surpassing Doug Walters’ 242 record emerging Australia’s highest scorer in a match against West Indies.

FAQ: How old is Adam Voges?