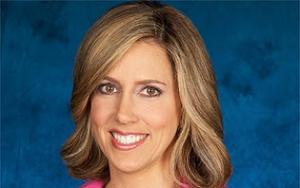 Alisyn Camerota was born on June 21, 1966 and she grew up in New Jersey. Alisyn is a television anchor who is currently working on the CNN morning program New Day. During her career, Alisyn has worked for networks like the Fox News Channel and she has also been a news anchor for other television programs. She has co-anchored CNN Tonight and served in many roles during her career at the Fox News Channel. She is the author of a novel called Amanda Wakes Up.

Alisyn owns a degree in Broadcast Journalism from the School of Communications at American University. The degree would come in handy for Alisyn as she began her broadcasting career after college. For Camerota, the journey to the cutthroat world of cable news morning shows kicked off when she was sitting at home on a coach as a teenager. She told a story about her inspiration to get on television began that one day, “I figured it out at 15 years old. I was at home on the sofa watching Phil Donahue, a show I routinely watched. It dawned on me. Wait a second, he’s asking questions and they’re telling interesting stories. Is that a job?”

Prior to her big breakthrough with Fox, Alisyn gained experience in the field of journalism by working for several small stations.  She worked for WHDH-TV of NBC 7 as a correspondent based in Boston.  For NBC, she has also hosted a program entitled Real Life, Alisyn was also the correspondent of the show.  She also worked for America’s Most Wanted for four years.  The show was one of the most popular shows of the Fox network.  It is a crime program that documented unsolved crimes.  She was the correspondent and used to cover the crime scene and collect the news. The show was very famous because it actually helped the police solve crimes when they get tips from the audience.

She was also covering the news for Fox’s WTTG-TV.  She has also worked for Koppel Communications.  She worked on the primetime documentaries for Ted Koppel.

When she was at Fox News, Alisyn was the anchor of the show America’s News Headquarters which was broadcasted between 1 P.M. to 2 P.M. Eastern Time.  She started with the Fox Network in 1998.  In 1998, Alisyn joined the network as a correspondent while she was located in Boston.  Working from the Boston Bureau, she covered several different stories and contributed towards the affiliate service of the network.  In addition to America’s News Headquarters, she has also hosted Fox & Friends Weekend which was broadcasted at 6 A.M. Eastern Time.

FAQ: How old is Alisyn Camerota?

FAQ: What is Alisyn Camerota networth in 2020?