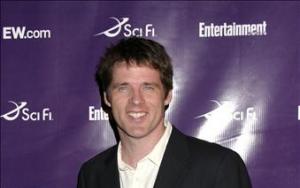 Ben Browder was born on eleventh December in 1962 in Memphis, Tennessee. He spent his days growing up in Charlotte in North Carolina. His parents were business people who owned race cars and operated them. He pursued his degree in Psychology from the Furman University in Greenville, located in South Carolina. He is believed to have showcased talent for football while he was pursuing his degree at Furman University and this led him to be a part of their football team.

According to his biography, he is also alma matter of the ‘Central School of Speech and Drama’ located in London. His first experience with filmography was with ‘Duncan’s World’ in the year 1978, where he played the role of ‘Gates’. However, his second tango with the film and TV industry occurred only several years later during the 1990s.

In 1990, he appeared as ‘Rookie Captain’ in ‘Memphis Belle’ followed by roles in movies like ‘Daughters of Privilege’ and ‘A Kiss Before Dying’ in 1991. In 1992, he only appeared in one film titled ‘Secrets’, portraying the role of ‘William Bill Warwick’. During the nineties, Browder has appeared in several other movies like ‘Boogie Boy’, ‘Big Dreams and Broken Hearts’, ‘The Sky is on Fire’, ‘Innocent Victims’, ‘Bad to the Bone’, ‘Nevada’, and ‘Steel Chariots’. In the early 2000s, he has played various roles in movies like ‘A Killer Within’, ‘Stargate’ the movie and its sequel, and also ‘Farscape’. His recent roles include characters in movies like ‘Bad Kids Go to Hell’, ‘The Adventures of RoboRex’, and ‘Dead Still’. In 2016, he would be appearing in a movie in its post-production process titled ‘Bad Kids of Crestview Academy’.

Browder has also appeared in several TV serials during the 1990s and the 2000s. His debut into the field of TV series, began with the show called ‘The Boys of Twilight’, which aired in the year 1992. His other TV releases during the 90s include ‘Grace Under Fire’, ‘Thunder Alley’ ‘Murder, She Wrote’, and ‘Melrose Place’. During the late 1990s, Browder has appeared in ‘Strangers’, ‘Party of Five’, and ‘Farscape’. The 2000s brought him more roles in TV series like the ones in ‘CSI: Miami’, ‘Justice League’, ‘Stargate SG-1’, ‘Chuck’, ‘Doctor Who’, ‘Arrow’, ‘CSI: Crime Scene Investigation’, and ‘Modern Family’.

Browder met his wife, Francesca Buller, while he was studying at the ‘Central School of Speech and Drama’. They were married in the year 1989. They have two children. The relationship Browder shares with his wife is so surreal that it is unlikely that their relationship will end in divorce. There is no information available about Browder’s net worth and salary.

FAQ: How old is Ben Browder?