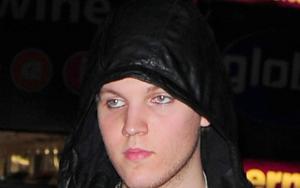 Benjamin Keough was an American socialite best known as the grandson and lookalike of 'King' Elvis Presley, a famed musician, and cultural icon. He is the son of Lisa Marie Presley, a singer-songwriter.

He accompanied his mother, grandmother, and older sister, actress Riley Keough, regularly to numerous events and media appearances. In 2005, he appeared in the documentary Elvis by the Presleys as himself, with his family members. In the short film Rod & Barry, he played a delivery guy. In January 2016, he and his mother attended a red carpet event to celebrate the inauguration of The Elvis Presley Theatre at the Westgate Las Vegas Resort & Casino. On July 12, 2020, Benjamin Keough died of an apparent suicide. He was 27 years old at the time.

Benjamin Keough has spent his entire life in the spotlight, born into the famous Presley family. His mother had a colorful life didn't assist him much in his attempts to avoid the paparazzi. Since he was a toddler, he has made regular appearances with his family at various events and performances. He, on the other hand, shunned the media as an adult. Despite his striking likeness to the famous Elvis Presley, there was ongoing curiosity about his life and career as the only male descendent of the charismatic music legend.

Because she was "intimidated by her father's heritage," his mother, Lisa Marie Presley, did not begin her musical career until she was 35 years old in the early 2000s. Benjamin Keough supposedly signed a $ 5 million deal with Universal Music while he was a teenager. However, there was no music published as a result of the arrangement. Apart from his performances in documentaries about his renowned family members, he acted in a short film.

Benjamin Storm Keough was born in Tampa, Florida, to Lisa Marie Presley and Danny Keough on October 21, 1992. Her mother is the only child of Elvis Presley, the King of Rock and Roll, and actress Priscilla Presley. Danny Keough, his father, is a bass guitarist who used to be in his mother's band. Benjamin's parents split just a few years after he was born. Lisa Marie Presley married three times after her divorce from Danny Keough: Michael Jackson, Nicolas Cage, and guitarist Michael Lockwood, but all of her marriages ended in divorce. Despite their split, his parents are pretty close, and his father stays at the Presley property's guest house.

Benjamin Keough is the younger of his parents' two children, and he has an actress and model sister named Riley Keough. They have Creek and Cherokee ancestors, according to a tweet from her sister. From his mother's marriage to Michael Lockwood, he has two twin step-sisters named Harper Vivienne Ann and Finley Aaron Love. His older sister is married to stuntman and actor Ben Smith-Petersen. He was devoted to his family, particularly his mother, whom he frequently accompanied to public events.

Benjamin Keough died on July 12, 2020, in Calabasas, California, of an apparent suicide. He was 27 years old at the time. The motive for the suicide was unknown at the time.

"She is absolutely distraught, inconsolable, and beyond devastated," says Lisa Marie Presley's manager/representative Roger Widynowski, "but she is trying to stay strong for her 11-year-old twins and her oldest daughter Riley [Keough]. She adored that guy. He was the light of her life."

FAQ: What is Benjamin Keough networth in 2020?