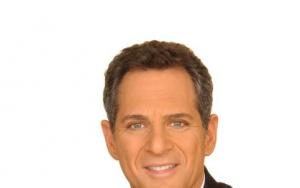 Bill Ritter is known as an American news anchor and television journalist. He is most famous for being the co-anchor for ABC's “Eyewitness News” in New York.

Bill Ritter was born on February 26, 1950 in Los Angeles, CA. He was raised in a Jewish Family. He was expelled from San Diego State University for protesting the Vietnam War in 1972. He was very passionate about his anti-war stance and even risked getting expelled just one semester before he was about to graduate.

In 1993, Bill Ritter was hired by ABC News as an occasional contributor. In his early career, he was asked to be a correspondent for Good Morning America. In 1997, Ritter started to gain traction in his career at ABC when he joined "20/20" as a correspondent. His one year on the show was impressive enough to convince producers to give him the weekend anchor spot for WABC-TV in New York. A year following his big break, he was promoted to the weeknight anchor spot. He did well enough with the television audience which led to him also taking over the early evening spot in 2001.

During his time at ABC, he covered many major national events and stories. He provided coverage of the murder of 8-year-old Leiby Kletzky in Brooklyn, the fallout of the Oklahoma City bombing, the alleged sexual assault of young females in New York’s Central Park after the Puerto Rican Day Parade, the mass shootings at Columbine High School in Colorado, the fatal accident of Princess Diana, and the trial of O.J. Simpson.

During a broadcast on ABC, Bill Ritter described how their team felt when they found that their colleague Diana was fine after hiking Mount Everest, “People are missing. Diana hiked Everest, and so our hearts stopped. As we reported the news to you last night and so many of you were watching, after the season finale of "Scandal", our fingers crossed, hoping that Diana was not among the victims. As the night wore on we realized that the avalanche, ice, not snow it turns out was higher than the base camp where Diana hiked to. Our thoughts are now with the 12 sherpas who are now dead and the 4 others missing. But we are deeply relieved as well that our great friend, a woman we love and cherish and respect, is ok.”

During his successful reporting career, Bill Ritter has won four Emmy Awards. In 1987, he won awards for revealing a safety scandal involving killer whales and their trainers at San Diego's Sea World theme park. He was given the honor of being named NBC Affiliate Reporter of the Year in 1987 and 1988.

He was praised for his investigative reporting for uncovering a local stock scam in 1989. His peers respected the fact that he was trying to be a legitimate journalist who wanted to break real news that had effects on society.

Bill and his wife Kathleen have three children together. They have a daughter named Mia, a son named Owen, and their youngest daughter is Ella. His daughter was a huge source of inspiration for one of his proudest moments. He eventually decided to go back to college 40 years later because his daughter urged him to finish. He was able to finish with a degree in 2016.

Quick Facts
Help us Edit this article and get a chance to win a $50 Amazon Gift card.
Last Modified: Feb 17 2020
You may also like
articles you may like