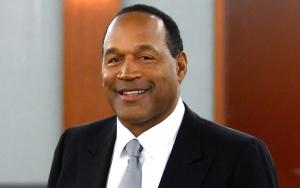 O.J Simpson, also known as “The Juice” is a former American professional football player, an actor as well as a broadcaster. He was known for his attacking way of playing for two professional teams: San Francisco 49ers and Buffalo Bills in the National Football League (NFL) for 11 seasons. He became the first player to run more than 2000 yards in a single season, which was in 1973. After 1978, the season was 2 games long till 16, which used to be 14 previously, so he is the only player to lay that 2000 yards benchmark in 14 games. He has made a couple of records including the fastest player to run a 1000 yards in 7 games in 1973 as well the record of 2000 yards in 14 games; also in 1973. His name has been listed in the College Football Hall of Fame in 1983 and Pro Football Hall of Fame in 1985. After retiring from professional career, he started to work as a broadcaster and also appeared in a couple of movies as an actor in several movies like The Towering Inferno, Roots, Capricorn One, A Killing Affair and many others.

O.J was born as Orenthal James "O. J." Simpson, on the 9th of July, 1947 in San Francisco, United States of America. He was born as one of the four children, and the second son to mother Eunice Simpson who worked as an administrator at the hospital, and his father Jimmy Lee Simpson, owned a restaurant and was a chef too. His name, Orenthal was given by one of his aunty who was a fan of a French actor, of the same name. After his parents got a divorce when he was just 5 years of age, he was raised by his mother. As a child, he studied at the local Galileo High School and also was a member of a local street gang “Persian Warriors”. He was an average student in his school, but was exceptionally good as a football player. After graduating high school, he attended the City College of San Francisco and was awarded a sports scholarship to University of Southern California. An American by nationality, he is of black ethnicity.

O.J is not the most attractive of person; he is black, tall and very strong. Since is teenage days, he has been a regular member at the gym and has developed a very athletic and well-shaped body. With his estimated weight of 95 kg, he measures more than 6 feet tall and has got a couple of shirtless pictures on the internet. Regarding his personal life, it looks like he was involved in more than 10 different affairs, and was married twice. At just 19, he married for the first time with Marguerite L. Whitley; and they had three children together.

Before getting divorced with his wife, he started dating Nicole Brown in 1977. After divorcing his first wife in 1979, he retired from the game in 1980 and married Nicole in 1985 but was believed to hurt and beat his wife. With two children, she filed a complaint for divorce in 1992 and later was found dead; the blame put on O.J. After found guilty by the court in 1997, he was sentenced for certain years in prison and paid a hefty price of 33 million US dollars.