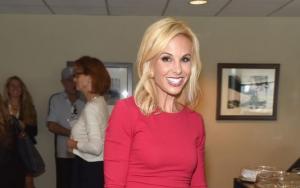 Elisabeth Hasselbeck is a famous American TV personality, and a talk show host best known as the host of TV show The View. After hosting the 36th Daytime Emmy Awards in 2009, she was awarded the Daytime Emmy Award for Outstanding Talk Show Host. She began her TV career in 2001, featuring in the Survivor: The Australian Outback. The show that worked on elimination basis and was voted out in the 5th episode and when asked to return back with Survivor: All Stars, she denied. Then in 2003, she auditioned and got selected for The View. She became known for the argument with Food and Drug Administration's policy on over-the-counter drug. She has had many arguments in the show; also with her co-host Rosie O'Donnell based on the Iranian War, Hillary Clinton’s foreign policies, and the role of America in terrorism. With many critics that accused her for promoting “anti- American” views, she made a lot of fans and followers.

She was awarded the 36th Annual Daytime Emmy award for Outstanding Talk Show Host in 2009, for her role in The View. She also received many other prizes and titles for her outstanding hosting abilities and direct way of commencing interviews. However, in the March of 2013 rumors followed that she was about to be fired from the show at the season’s end, primarily because her view on the show made the viewers a little bit conservative. Although the show and the team confirmed that she was not leaving the show; she eventually left on her own to join the Fox & Friends TV show. She joined FOX News on the September of 2013, and replaced the existing actress Gretchen Carlson. With her arrival on the show, its ratings went up by 10 percent and most of the viewers between the age of 25 and 55. With her popularity and fame spread around the world, she has a heavy fan following on her Twitter and Instagram accounts. With an estimated net worth of 12 million dollars, you can imagine the success that she has had in her life.

She was born as Elisabeth DelPadre Filarski on the May of 1977, in Cranston, Rhode Island and is currently 38 years of age. She was born as the daughter of mother Elizabeth DelPadre; who was a lawyer as well as a Catholic school teacher. Her father Kenneth Filarski used to work as an architect, and she has an elder brother who is also a lawyer/ as well as a musician. Born and raised as an American by nationality, she has got mixed family ethnicity of Poland and Italy.

As a child, she studied at the St. Mary School in Cranston, and graduated in 1955 from St. Mary Academy – Bay View. With her particular interest and skills in sports, she continued to play softball in Boston College, where she was her team’s captain too. She graduated in 1999 with a Bachelor’s degree in Fine Arts, and also lifted a couple of titles from her softball team. As she already had joined Puma company while at college, she worked there after graduating for some years.

FAQ: How old is Elisabeth Hasselbeck?

FAQ: What is Elisabeth Hasselbeck networth in 2020?