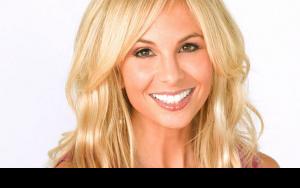 Working as a T.V. presenter and host, since 2001, Elisabeth is a famous T.V. talk show host. She is working with Fox T.V., a major channel of U.S.

Elisabeth joined St. Mary School for high school and later attended St. Mary Academy, to complete her graduation in 1995. Further, she went to Boston College and graduated in Fine Arts in 1999. She specialized in Industrial Design and paintings at large scale. During her college, she worked for Puma shoes joining its designing team.

Hassel beck’s entry into television was through a reality show The Survivor where though she was not a winner, but it opened the door for her. Being from a designing background, she was a perfect anchor for fashion set program. She joined The Look for Less, a fashion set as a host. She got her big break in 2003, as a guest host of The View, soon to become an integral part of the show.  Her style and political opinion made TRPs high for the program. Later she decided to try a hand on writing and penned a food recipe name The G-Free Diet and a fashion lining manual.

Elisabeth joined Fox News in 2013, where she entered the show Fox and Friends as a co-host.

Haselbeck is suffering from a disease called Celiac; she is living with. She wrote about her illness in her cook book and provided some tips to avoid it. The book was among the best sellers. She had to face a suit and allegations that her book was a copywriting, which was earlier dismissed by the court, because of not enough evidence.

Hasselbeck introduced a food line NoGii- a product for kids and adults too, which was gluten free.

Born as Elisabeth DelPadre Filarski, Elisabeth is a catholic by birth; her birth date is 28th may, 1977. Her mother Elizabeth Delparde, a Roman Catholic school teacher, is a lawyer too. Her father is an architect, a Polish and her mother Italian. She has a brother too, Kenneth, who is a budding musician. Elisabeth was raised in a Roman Catholic Custom.

Although she is from a conservative family, she does not call herself one. Her parents were firm conventional kind and never share their political views and ideas from children. Elisabeth is connected with a charitable trust, which works for breast cancer awareness online.

Elisabeth married to her long time boyfriend, Tim Hasselbeck, with whom she was in college. Tim plays Football and a professional quarterback. The couple was blessed with their first child, Grace, in 2005. She has two sons, Thomas and Timothy born in 2007 and 2009 respectively.

Hailing from a conservative family, Elisabeth is not so traditional, as she is quoted saying. She was a supporter of Sarah Palin, for whom she attended a contest rally, for presidential Elections. She bears an outgoing personality and well spoken. She is a multi talented and an example for the women in society.

FAQ: What is Elisa Beth Hasselbeck networth in 2020?