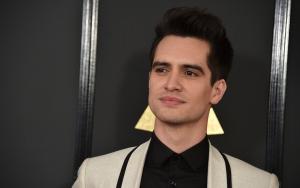 Brendon Urie is known as an American singer. He is most famous for being the lead singer of Panic! at the Disco.

Brendon Boyd Urie was born on April 12, 1987 in St. George, UT. His folks, Boyd and Grace Urie are members of The Church of Jesus Christ of Latter-day Saints. At 17 years old, he left the religion since he was disappointed with the congregation and didn't put stock in its philosophy. Urie met future Panic! at the Disco bassist Brent Wilson when he went to Palo Verde High School in Las Vegas as they were both in the same guitar class. Brendon was approached by Wilson to go for a band that he was in on the grounds that they required a substitution guitarist. From giving it a shot, he turned into a member of the band playing the bass guitar.

Their subsequent collection, Pretty. Odd. Was released in 2008, and Brendon wrote two of the tracks himself; 'I Have Friends in Holy Spaces' and 'Folkin' Around.' He also wrote the melody 'New Perspective' for the film soundtrack of Jennifer's Body. The band's third collection, Vices and Virtues was released in 2011. The fourth album collection, Too Weird to Live, Too Rare to Die! was released in 2013. On the Billboard 200, the collection appeared at number 2.

Brendon has admitted that he has explored different avenues regarding men and that his wife is comfortable with his open sexuality. He portrayed himself as pansexual, expressing that despite the fact that he's married to a lady and adores her profoundly he isn't against being with a man.

FAQ: How old is Brendon Urie?