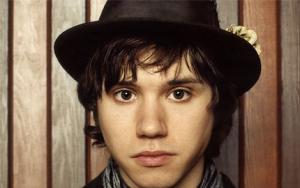 Ryan Ross’s full name is George Ryan Ross III and he was born on August 30, 1986. He is a songwriter, singer, and American musician who is known for having played the lead guitar and havuping been the main songwriter and backup vocalist for the band "Panic! At the Disco". However, he and Jon Walker (the now former bassist of Panic! At The Disco) left in 2009 and formed another band called "The Young Veins". Jon Walker replaced Brent Wilson as the bassist for Panic! in 2006 after Brent was fired for not helping with the band. The most recent work he has done was the song "The Bad List" with Elizabeth (AKA 'Z') Berg. His last album with Panic! At The Disco, though, was Pretty. Odd, which was released in 2008.

Ryan Ross was born in the state of Nevada in Las Vegas. He was given a guitar as a Christmas gift when he was only 12 years old and he started to collaborate with his best friend Spencer Smith who was given a drum kit. Smith and Ross covered the Blink 182 songs with Ross was on the vocals.He worked with Brent Wilson and Trevor Howell who played the guitar with another boy so that they can make up the Summer League. Brent Wilson was kicked out of his old school and had to go to Paulo Verde Highschool, which was the same school as Brendon Urie. He and Brendon had a guitar class together, and Brent noticed that Brendon was a great guitarist, so he asked Brendon to fill in for Trevor while he couldn't make a show. After meeting Brendon Urie, the band decided that he should stay as the guitarist. Ryan was then sick during a rehearsal, so once Brendon was asked to sing, the band concluded that Brendon was the better singer. After that, they created Panic! At the Disco.

When it comes to the reason why he left Panic! At The Disco, he said that the split was something that everyone was considering and he has stated that it was due to creative differences. Jon and Ryan wanted to pursue a different genre than Brendon and Spencer.

Ryan Ross has done solo work including a Demo EP along with songs on the official page of SoundCloud. Ross has also been involved in other projects. With his bandmates, he was in the Gym Class Heroes music video where they did the Clothes Off song. He was also in the music video "One of THOSE Nights" by the Cabs and Fall Out Boy members Pete Wentz and Patrick Stump.

Ryan Ross was born into a middle class family. His father is George Ryan Ross II and his mother is Danielle Ross. He is of American nationality and he is of white ethnicity. He is tall at five feet, eleven inches with a skinny frame.

Ryan Ross is not yet married, has never gotten divorced, and has no children. He has dated many people. He dated Jac Vanek (2006), who is a fashion designer and activist. He also dated Keltie Knight (2006-2009), who is a dancer and now does interviews and has a podcast called "LadyGang" with Ryan's ex, Jac Vanek, and Becca Tobin. While in The Young Veins, he began to date Z Berg (2010), but they decided to be friends, and are now very close. His most recent known ex is the model Helena Vestergaard (2015 - 2016).

When he was still young, his parents got a divorce and he was raised by an alcoholic father, who passed in 2006. He's shown in a 2006 interview checking his phone constantly, to which the interviewer doesn't understand why he's doing this, but it's because his father was in the hospital. The songs "Nails For Breakfast, Tacks For Snacks" and "Camisado" on Panic!'s first album "A Fever You Can't Sweat Out" are written about his father. The lyric "This is the scent of dead skin on the linoleum floor" was said by Brent Wilson about the hospital Ryan's dad was in. His net worth is not recorded yet but is estimated to be around 1 million.

Although he doesn't do many interviews, he appeared on CrankThatFrank's YouTube channel on September 27, 2019. He plans on releasing music in 2020 and do live performances. He regularly does shows with Z Berg, and has most recently toured with the "Dead End Kids Club" with Z Berg, Palm Springsteen, and Dan Keyes.

FAQ: How old is Ryan Ross?