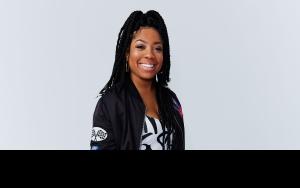 Who is Chanelle Haynes?

Chanelle Haynes is known as an American dancer and reality TV star. She is most famous for being the daughter of American rapper, Nelly, and her appearances on the Nellyville show which aired on the BET channel.

Chanelle Haynes was born on February 27, 1994. She is the daughter of American rapper, Nelly. She said they often had a best friend dynamic when she was growing up. Chanelle Haynes went to Columbia College of Chicago, where she finished her business studies.

Channelle's father, Cornell Iral Haynes is estimated to have a 60 million dollar net worth. Nelly is a renowned hip-hop artist and occasional actor. He has won a Grammy award and has released at least 5 albums since the year 2000. He won a fan base from the entire world because of his special rapping style. He got to the stage of fame with his hit Country Grammar album that sold 8.4 million copies in the US alone. This was the best selling album in his entire career. Nelly, besides being a famous rapper is also an entrepreneur. He has a clothing line and drinks that contributed to his multi-dimensional career.

Chanelle Haynes suffered the loss of her partner who died because of violence. His name was Mario and he lost his life because of gun violence. The incident made Haynes very sad since they were spending most of their time together. Chanelle Haynes is also known as Nana had a hard time dealing with loss since she saw her boyfriend being shot and then killed in front of her. She told the world about she felt when she shared the heartbreaking news on her Instagram profile. She dedicated to him some of the best pictures that she took while they were together.

Mario got a little famous for his appearances on the Nellyville reality TV show. Mario and Chanelle were already planning a wedding together with her mom. It would have been a mega event for both families. Mario was dedicated to his music dreams starting from an early age. Being in a relationship with Nana took his career to new heights. The couple was excited by the eagerness of their fans who wanted to see them get married.

Chanelle Haynes and Mario had been together for a long period of time. Nelly is helping her daughter to live again from this experience and to move on with their lives. She is often looking for social work that she can do in the name of her late boyfriend. Nana is still hurt and she said that sometimes she has horrible reflection about how the shooting went down but picks her head up knowing that Mario continues to live inside her.

FAQ: What is Chanelle Haynes  networth in 2020?

Help us Edit this article and get a chance to win a $50 Amazon Gift card.
Last Modified: Aug 11 2020
You may also like
articles you may like