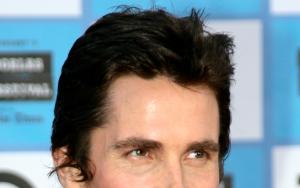 Christian Bale is a British actor who if famous for his role in the Batman series, Fighter, The Machinist and American Hustle. He has won many Academy awards and has been nominated for the Golden globe award for the best actor. In 2000, Bale married Sandra Blazic, a model and personal assistant of Winona Ryder. They have a daughter in 2005. In 2000, Bale got a stepmother as his father married Gloria Steinem, a feminist activist.

Though he was happily married with his wife, Sandra, he started flirting with Anne Hathaway on the set. This started to become prep talk and heavy petting. Soon, the affair between Bale and Anne spread out. No one was surprised by this relationship. Anne had a boyfriend during this incident. After three weeks, when Sandra visited the set, Bale acted as if nothing is wrong.

Bale and Anne were caught by many people having petting sessions in his car. There are details as whether Sandra knew about her husband and Anne. During a rain session on the set, they both were found holding hands too. They are expecting their second child now.

Neither Bale nor Anne has denied or accepted this rumor and due to the presence of a lot of witnesses, this rumor has not died. Sandra is also inert to this rumor. Though he has a lasting marriage, he is not a devoted partner. At the Sag awards party of the Weinstein Company, he was seen pawing at his female friend. The sources near to Bale denied this rumor and said that Bale did not even attend the party and he went out to have dinner with Sandra as he was leaving for China, the next day, for shooting a movie.

There were a lot of rumors that indicated that his drinking and partying lifestyle was creating a lot of strain on his relationship with Sandra. Though, the rumors were high, there was no details about any filing of divorce.

He talks a lot about his daughter and his relationship with her. But, when it comes to Sandra, he keeps things to very minimum. Her pregnancy news came out only when she attended a ceremony with a baby bump.

Earlier in 2014, there were talks about Bale and Sandra living separately. He was seen walking alone in public places for long. This started the rumor of separation again. The rumor spread when a tweet arose about his relationship. The tweet said that he is sad and they two were very great and cute as a couple. The tweet pulled in a lot of responses and Bale was not available for any comments.

The most recent news that came in June, 2014 was that he is dead. There are no confirmation about this death and many sources have confirmed that he is alive and safe. The rumor started after a weird comment as RIP Christian Bale, on the Facebook page. The page has already a million likes and the page was dedicated to the death of the actor. Since there is no official news, the actor is considered to be safe.

FAQ: How old is Christian Bale?

FAQ: What is Christian Bale networth in 2020?