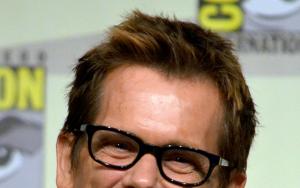 Kevin Norwood Bacon is an American musician and actor. He is famous for his roles in, ‘Friday, the 13th’, Diner, Tremors, Wild things, Hollow man and many others. Kevin got married to Kyra Sedgwick, an actress, in 1988. They met on the set of the play, Lemon Sky. He said that he was in the bottom of his career when he met his wife and, his career rose to a high level after his children were born. They both starred together in many movies.

They are married for almost 25 years and they are found together always. They are seen working out together and have also vacationed in Hawaii, recently. He said that marriage was the best decision, he ever had taken. In an interview, he said that he met her when she was just 12 years. He saw her with her brother and her brother was pushing her to come to Kevin and tell him he is his favorite actor. Kevin was 19 and they did not start dating from that day. They met again on the sets of Lemon sky when they both were in their 20’s. They started dating and took their love to wedding.

Kyra stated that her life with her husband is not a fairy tale. It was an average normal life and there were a lot of hardship to workout on it. Even when Kevin lost 50 million dollars in a scam, they both worked things together. Kyra talks a lot about Kevin in many interviews. She said that sex is one of the important things that is keeping their relationship strong, without divorce. Kevin said that her wisdom was his first turn-on. She was very tough, smart and a real person, when he met her first. He never thought that he would get married soon and start a family, but, things happened.

There were no rumors about extra-marital affairs or secret girlfriend stories, when it came to Kevin. He is very devoted to his marital life. Once, Kevin called an executive of a magazine to inform that he is not gay.

Some rumor hit his ears that he was thought to be gay and wanted to clarify things with the media. He said that he would be proud to announce that he is gay, but, actually he is not. The executive of the magazine tried to convince him that there was no such rumor, but, he was stubborn. He said George Clooney called him and said that there was a rumor about his sexuality.

He was so drunk that he asked what the public would think if they think that he is gay. The executive asked him to call, the next morning and cut the call. Still, the gay matter did not create a lot of rumors about his sexuality and was taken in the lighter vein.

FAQ: How old is Kevin Bacon?