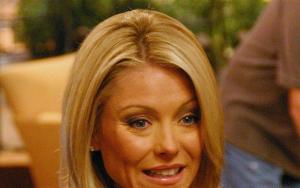 Kelly Ripa is an American actress, TV producer and talk show host. She is well known for her roles in All my children and Hope & Faith. She met Mark Consuelos on the set of ‘All my children’. Mark was playing the role of his boyfriend on the stage. They dated for a year and got married in Las Vegas in 1996. The couple has three kids and Kelly is now living with her husband and three children.

Mark said that his 17 years of marriage looks just like 17 days. There was a rumor about an affair between Kelly and Micheal Strahan. This rumor started when Micheal joined her as a co-host to the show, Live! With Kelly. There were also rumors that Mark was cheating on his wife. A source confirmed that Yara Martinez is Marke’s secret girlfriend. They were seen together in many places and it is rumored that thing are really hot between them. When asked about divorce, Kelly said that they fight, every day. They fight for stupid reasons like not putting the toilet seat back. They even have heated arguments and yet they are comfortable and secured with each other.

Kelly said that she worships Mark and loves everything about him, even the annoying habits. In the middle of 2014, a tweet that mentioned that Kelly has split up and the pair is very sad, hit the rumor list. Kelly was not available to accept or deny this rumor. There are no legal formulation about separation and there are proofs that the couple are living separately or planning for a separation. Thus, the tweet is considered to be a rumor.

When she talked about her path to the acting, she never mentioned any of her love life. Does that mean she never dated anyone? The same goes with Mark. He never stated anything about his previous love life before meeting Kelly. There is one name that gets hit whenever Kelly’s history is turned. The name is Vincent Young. In 1995, they were seen together at the 11th Annual Soap Opera Digest Award in the Beverly Hills. Young was dating Monica Hansen before Kelly. After they both got split up, he started dating Tori Spelling. There are no details about how their relationship ended and who ended it. There are no details about when they started dating either.

They secretly dated for a year and eloped to Las Vegas. She got pregnant in the fourth month and they were starting a family, even before she could think of. Things are going smoothly for this couple and they are very sure that they need not think about separations, as of now. Even though the couple stresses it out a lot, there are a lot of rumors that come up every day about their separation and extra-marital relationship. None of the rumors about cheating and separations have been proved, till date. She also mentioned that she is very happy about taking care of her kids; that, she lost 20 lbs without even working out. Kelly Ripa has an annual salary of 20 million dollars. She has won the daytime Emmy award for the ‘outstanding talk show host’.

FAQ: How old is Kelly Ripa?