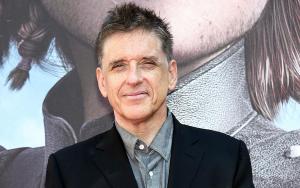 It's very interesting to know what people are doing while you're hosting on late-night television.

Celebrated as the co-host of  The Late Late Show With Craig Ferguson (2005-2014), Craig Ferguson (net-worth - $30million),  was then known as a honest interviewer although he didn't regarded  himself as an award winning  journalist or late-night host. His good-natured comedy is appreciated by millions.

Now moving on to his physical configuration, the American nation of Scotish-Irish ethnicity is a tall man with the height of 6 feet and 1.5 inches. Many regard him as one of the best looking late night talk show hosts. Simply, he is the charming man who was both perfect in laughing at himself and laughing with others. He even mastered the cold-comedy style. Nevertheless, he currently enjoys short casual hairstyle and clean shaved face. Even at the age of 53 now, he looks perfectly fit. Anyway, ageing seems to have showing its effects on him, but Craig will always be Craig. He will always define the world and enjoy it with his sense of humor.

Talking about his relationship status, he has been married for three time's altogether. His current wife is a heart-touching beauty. If you didn't know, she is 11 years younger than Craig and they have been in a relationship since 2005.

She is no other than slim-bodied gorgeous with a name that’s sounds to be of a faraway princess, Megan Wallace Cunnigham. From what we have heard, the mesmerizing blonde is an art dealer from Vermont. The couple who got married in Cunnigham's farm in Vermont on Decembe 21, 2008, has a 2011 born son Liam James.

Born on 17 May, 1962, in Springburn, Glasgow, Scotland, Ferguson as a growing up chubby kid who got bullied often quits Cumbernauld High School and starts working as an electronic technician apprentice at a local factory owned by American company Burroughs Corporation

Later, he moves to America in 1983 (first was in 1975 to meet his uncle residing in Long Island) and starts working in a construction in Harlem.

Before starting his UK rock band Exposure and then joining a punk band name The Bastards from Hell, he even works as a bouncer in the United States of America.  His musical career as a drummer is sarcastically defined by his site bio as "a drummer for some of the worst punk bands in the UK,"

After unsuccessful musical stints, he then starts bartending to support him financially. In the Glasglow club, Craig meet s Micheal Boyd, artistic director of the Tron Theatre, who inspires Craig to try acting.

Later, The Bastards from Hell changes it's name to Dreamboys under vocalist Peter Calpadi. The band play in the Glassgow music scene for two years (1980-1982). It was Calpadi who suggested and motivated Ferguson to try comedy.

Peter later coins the character "Bing Hitler", which Ferguson says was a "parody of all the über-patriotic native folk singers who seemed to infect every public performance in Scotland". Bling Hitler becomes a successful act by Ferguson at the 1986 Edinburg Festival. His Bling Hitler performance tapes gets nationally sold later.

After that, he takes on various on screen jobs (host, actor, and presenter) having his on-screen projects featured by various television networks such as BBC, ABC and many more.

Now fast forwarding to 2015, he is known for his on-screen works such as The Drew Carey Show (his career breakthrough role as the Carey's boss), The Late Night Show With Craig Ferguson and many more.

These days he is busy touring all over the country. Anyway, it true that he has had alcohol issues in the past, but he is sober for near to three decades now.

One can get more wiki on his professional (including as a director, producer, movie actor, comedian and writer) life from his Wikipedia's biography.

FAQ: How old is Craig Ferguson?

FAQ: What is Craig Ferguson networth in 2020?