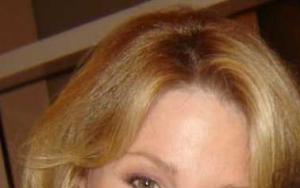 Deidre Ann Hall is an American actress best known for playing Dr. Marlena Evans on NBC's daytime soap Days of Our Lives for almost 40 years. She is the third of five children, along with her twin sister, Andrea Hall.

Andrea, Deidre, and her twin sister were born in Milwaukee, Wisconsin, and reared in Lake Worth, Florida, with a brother, John Terry Hall, and two other brothers, as the third of five children born to John and Jeanie Hall. She was born on 31 October 1947. Her father, John Hall, worked at the Lake Worth Post Office, while her mother, Jean Hall, worked as a government secretary for a Connecticut insurance company.

Hall was crowned Junior Orange Bowl Queen at the age of 12. She graduated from Lake Worth High School in 1965 and went on to study psychology before branching out into acting.

Deidre is most known for her role as Dr. Marlena Evans in Days of our Lives, an NBC soap opera drama. She played the role for 40 years. Her sister, Andrea Hall, played the evil twin, Samantha, in the show. Hall's role in the television was not a planned event, nor did she know she would become an actress one day.

Her career dream was actually to become a psychologist. Other known roles that helped her build her career were the superheroine in Electra Woman and Dyna Girl, Nurse Sally Lewis in the first two seasons of Emergency! and Barbara Anderson in The Young and the Restless. Her work was officially recognized and honored when she received a star in the Walk of Fame in 2014. The star is a significant accomplishment because only the most notable public figures receive one. She was also awarded the Soap Opera Digest Award for Favorite Couple, along with Drake Hogestyn.

Hall has been married four times in her life. She married her first husband, William Hudson, in 1966 but ended with a separation in 1970. Hall then married Keith Barbour in 1972, and the relationship lasted till 1977. In 1987, she married Michael J. Dubelko but got divorced two years later. Steve Sohmer came into Hall's life, and they tied the knot in 1991. This marriage lasted until 2006 when they declared their official separation. She had two sons born by a surrogate mother during this relationship.

There are no concrete reasons why her marriage with Keith didn't work. She just mentioned that they grew up together and faced monsters together, and they would still be friends forever.

In between her multiple marriages, Hall also had an active dating life. She dated Ned Randolph in the 1980s. She also dated Drake Hogestyn, a co-worker in the Days of our Lives show. There was a rumor that Hall is bisexual and had affairs with Mary Frann and Jane Elliot. Rumors speculated that one of her husbands was also gay, and the wedding was just a public cover for both of them to go ahead with their private sexual desires. Stories rumored that she did not come out of the closet because it would ruin the romantic sagas in her television roles.

While married to Michael J. Dubelko, the couple tried artificial insemination six times and underwent surgery to overcome her infertility. Hall's health problems pushed her relationship with Michael towards the door of separation because it became too stressful for the couple.

FAQ: How old is Deidre Hall?

Quick Facts
Help us Edit this article and get a chance to win a $50 Amazon Gift card.
Last Modified: Jul 28 2021
You may also like
articles you may like