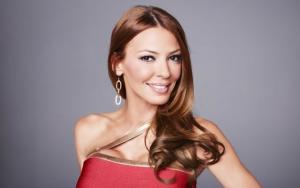 Drita Davanzo is a reality TV star of Mobwives: New Blood. She is a freelance makeup artist who is the wife of Lee Davanzo, who is imprisoned for bank robbery.

She has two daughters with her husband and it was said that Lee dated another co-star, Karen Gravano before marrying Drita. Lee lived with Karen for several years before his marriage with Drita. It was said that when Lee was in prison, Drita was living with her boyfriend, Marc. Drita met Lee in the prison and said that she is leaving him to start a new life with Marc.

Lee first accepted it and then had Marc beaten up, making his wife return back to him. Drita said that actually she is in a relationship in which she really does not want to be. In 2011, when Lee was about to be released, Drita said that she was ready to forgive him for all he did and wanted to start a new relationship with him. However, when she learnt that Lee had an affair whenever he was out on stint between his prison life, she filed for a divorce.

They got separated and she said that she is planning to go through the separation. He said that he did not think that his relationship with her would work. Lee and Drita are married for 12 years but spent only two years as a couple.

The other part of the story says that Drita was the one who cheated on Lee, first. When Lee got released, he sent a few men over to Marc’s place to beat him up and Marc was in hospital for a few weeks. This made Drita run back to Lee. However, when she came to know that he was having a relationship, she freaked out and got separated.

There is another rumor that Lee initiated the separation as he wanted to get back to his girlfriend. Drita once said that Lee has committed a lot of mistakes and leaving his family for another woman is the biggest of all.

The separation news was all over the media, but the actual trial, how the separation went and whether they got separated are all not known to the public. She was not seen dating anyone and especially Marc after she stated that she got separated from Lee. There are no details as to whether he broke up with his lover or he went through the separation.

Lee was never available for comments. During the show, Lee was shown to be very angry with Drita and there were episodes where he shouted and swore at her, through telephone. Drita did not comment on this incident. She just said that she did not want to be in that relationship and when he started to have an extramarital relationship, she said that it was a big mistake on his part. The name of his lover and other identification were not exposed.

Drita’s current dating life is not known to public. Her relationship with Lee and the separation settlement are not known to the public.

FAQ: How old is Drita D'Avanzo?