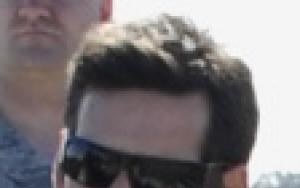 Eddie Cibrian also known as Edward Carl Cibrian was born in 1973 and he is an actor in America. He played a role in the movie Sunset Beach as Cole Deschanel. He gained most of his popularity for this role. He has appeared in other television series and films. He is an only child from Hortensia who works as office manager with Carl Cibrian who works as a banker. He has some Cuban origins.

Eddie Cibrian played in different roles in different movies. He was Jimmy Doherty in Third Watch, he played Cole Deschanel in Sunset Beach, he played as Griff Walker in Baywatch Nights, as Matt Clark as The Young and The Restless. He was a guest star in Criminal Minds, Beverly Hills, Sabrina, College Years, Saved by the Bell and the Teenager Witch. He got most of the credit when he played But I’ m Cheerleader and Living Out Loud. He is also a singer in 3Deep with his best friend and a co-star Joshua Morrow.

Eddie Cibrian was married to Brandi Glanville who was a former model. They had two sons together but the marriage ended in divorce because Cibrian was having an affair with LeAnn Rimes. After the divorce, Eddie Cibrian got engaged with Rimes and he became her husband in 2011. However, Scheana Maria Jancan who is a aspiring actress and singer while working as a waitress also said that she had an affair with Cibrian when he was still married to Glanville and also going out with Rimes.

Eddie Cibrian net worth is 6 million dollars and he was being paid 100 thousand dollars for one episode while playing Playboy Club. However, he got good salary for other movies such as CSI: Miami with Third Watch. He had a good career in the soap opera such as the Sunset Beach or The Young and the Restless.

After the divorce and the second marriage of Eddie Cibrian, his ex wife Brandi Glanville continue to have a feud with LeAnn Rimes. However, he is on the side of his new wife and he said that Brandi likes to create the drama. His wife was expected to star in the reality show and they think that this can turn to become a terrible idea. Many times Eddie and LeAnn were found walking together and staring in each other eyes in public.

However after sometime, some speculation said Eddie and LeAnn may divorce because CSI: Miami actor was fed up because of his wife. He said that he was being driven to the distraction because of her psycho behavior from the day that they started to date. He said that this is getting worse from since they got married and he is not able to take this anymore.

LeAnn and Eddie were all called cheaters because they came together when LeAnn was still married to Dean Sheremet. She said that she got involved with Eddie because she loves him but that she is not a cheat. She has also written a book about his infidelity called What I Cannot Change.

FAQ: How old is Eddie Cibrian?

FAQ: What is Eddie Cibrian networth in 2020?