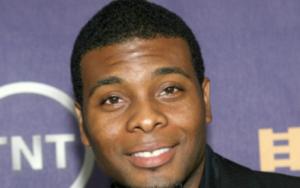 Born on 9th November 1984 in Rabat, Morocco and named as Karim Kharbouch, he lived with his mother and father in their family estate out of Casablanca for the first 13 years of his life. Rapping and playing football were his most favorite childhood hobbies. After he closed 13 in 1996 his parents along with his younger brother and he left Casablanca for South Bronx a town in New York City. Karim learned English in Bronx high school. After two years, his father returned to Casablanca leaving Karim, the sole bread winner of the family since his mother was supported by welfare.

He became the CEO of the Cocaine City Records and his stage name was French Montana. He made it big in his music career and at present has formed a group of rappers called the Coke Boys. He is presently into making his first album Excuse My French. He got into a joint venture deal in 2012 for the recording of Bay Boy Records and Maybach Music Group. Recently, he has collaborated with Rick Ross and the Coke Boys, who are all rappers, like him. He can speak many languages including French, English and Arabic. He is passionate about designer brands like Gucci, Luis Vuitton, Versace and Fendi.

In 2007, he entered into a marriage with Deen Kharbouch and they have a son Kruz born in 2009. The marriage did not last long and French and his wife were separated in 2012. Soon after this divorce, rumors started spreading that he was dating Trina an American rapper. Trina was among the many that signed the record label of Coke Boys. French and his girlfriend Trina once lived together in New Jersey at his residence. Even this relationship ended soon after Montana moved to Los Angeles to work on his second album in 2014. Presently, the rumors going around are that French is in a sound relationship with Khloe Kardashian as the pair has been seen together in many public places.

However, though the pair of them is seen together in many places, his current girlfriend Khloe, aged 30 has declared openly that she has not been having sex with French since it is Ramadan time and he is fasting.

However, back in Khloe’s hometown they don’t think that the relationship will last long since French lives a very modest life in New Jersey and he will not have enough money to let the relationship with Khloe last. French’s ex-wife Deen feels that he had abandoned her and their 4 years old son Kruz only after he became famous and hit the big time. His ex-wife claims that she and her husband French worked hard together but as soon as it all clicked, French abandoned both of them as if they never existed.

However, bypassing the rumors whether the French Khloe relationship will last or not, the new music of the rapper “Don’t Panic” is to be released starring the duo and setting all rumors right that his current affair with girlfriend Khloe, 30, is quite serious and strong at this moment.

FAQ: How old is French Montana?