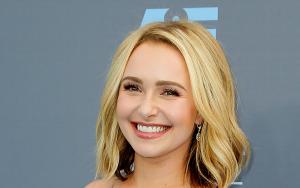 Hayden Panettiere is an American actress and model famous and known for Heroes and Nashville's television series.

Hayden Lesley Panettiere was born on August 21, 1989, in Palisades, New York, USA, to Lesley R. Vogel and Alan Lee Skip Panettiere. Her mother, Lesley, was an opera actress and her father, Lee, was a fire department captain. Hayden has a younger brother, Jasen Panettiere, who is an actor himself. Her parents are both of half Italian descent, along with German and English backgrounds.

Hayden Panettiere began her acting career at a very young age; she was only 11 months old when she started advertising for a playschool toy train. She continued to do various advertisements as an infant and toddler for 'McDonald's,' 'Hershey's,' and 'Nix Lice Shampoo.' It was "One Life to Live," a soap opera that gave Panettiere her first break at the age of four which set her career in the small screens of television. Perhaps the credit is due to her mother, an actress herself, who made her choose a career in acting.

Her engagement in acting at a young age has a downside for her too, the continuity of her acting career hindered her school schedule. To balance both her career and studies, Panettiere did homeschooling from grade nine till she completed high school.

Hayden Panettiere has seen remarkable milestones in her acting career. From advertisements to television soap operas, her success began unfolding before her as she continued to pursue acting as a career; soon, she found herself being offered films and awards.

By the time she reached her late teens, her career graph had astounded many individuals. She achieved almost everything she ever imagined or even more. In 1999, Panettiere received a prestigious 'Young Artist Awards' nomination for a television show, "If You Believe."

Her first film was "The Object of My Affection," playing the role of a mermaid. But the part that ultimately made a significant breakthrough for a career was "Claire Bennet" in the NBC series "Heroes."

In 2006, she acted in another hit musical series, "Nashville," as a lead actor; she reprised her role in six seasons until 2018.

Apart from acting, Panettiere also enjoys singing. She has sung many songs for films like "A Bug's Life," "Tiger Cruise," "The Dust Factory," and "Ice Princess." She also received a Grammy nomination for her song "A Bug's Life."

Hayden Panettiere received her first award, "Special Recognition Award" by 'The Leukemia & Lymphoma Society' for improving national awareness of the disease through her role in the soap opera 'Guiding Light.'

In 2001, she received 'The Young Artist Award' for 'Best Supporting Actress for 'Remember the Titans.'

Hayden Panettiere and her co-star, Milo Ventimiglia from the series Heroes, began dating from December 2007 to February 2009.

In 2009, Panettiere met then-world heavyweight boxing champions Wladimir Klitschko at a book launch party. They soon began dating; she was ringside for Klitschko's knockout victory over Samuel Peter in September 2010. But in 2011, Panettiere announced their split, citing the long-distance nature of their relationship. But they resumed their relationship in April 2013, and in October, she told her engagement to Klitschko. Hayden Panettiere gave birth to their daughter in 2014 and continued their relationship together, but in 2018, the couple broke up again but remained on friendly terms.

Hayden Panettiere had to check into a facility for treatment because, in 2015, she experienced postpartum depression following her daughter's birth. Her treatment made her miss filming for a few Nashville episodes.

After breaking up with Klitschko in 2018, Panettiere started dating Brian Hickerson, but the couple broke up in 2020, with Hickerson arrested for domestic violence. News reporting Hickerson assaulted Panettiere on multiple occasions between May 2019 and June 2020.

FAQ: What is Hayden Panettiere networth in 2020?