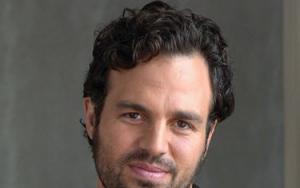 Mark Ruffalo is an actor, director, producer, screenwriter, and environmental activist famous for his character of Bruce Banner-the Hulk in the movie 'The Avengers and its sequels.

Mark Ruffalo was born on 22 November 1967 in Kenosha, Wisconsin. Mark's mother, Marie Rose, was a hairdresser and a stylist, and his father, Frank Lawerence Ruffalo, Jr, was a construction painter. Mark has two sisters, Tania and Nicole, and a brother, Scott Ruffalo, who died at 39 after being shot.

Mark's family compromise of mixed ethnicity, his father is of Italian origin, whereas his mother is of French, Canadian, and Italian descent. Growing up, Mark raised as a Catholic attended Catholic and Progressive school. Mark's parents were devoted Catholics, but that wasn't enough for them to avoid divorce, leaving Mark traumatized psychologically.

Before moving to San Diego after high school with his family, he spent his childhood years in Virginia Beach, Virginia. The family later transferred and settled in Los Angeles.

Mark had undiagnosed dyslexia and attention deficit hyperactivity disorder in his early childhood but said he was a happy kid growing up in a big family with lots of love and care. He used to compete in wrestling matches during his junior high and high school period.

In Los Angeles, he studied acting at the Stella Adler Conservatory and later co-founded the Orpheus Theatre Company. It was a platform for his acting, which landed him minor roles on TV and films.

During his time in the theatre, he met Kenneth Lonergan, a play writer, and from then onwards, his fate changed. He began appearing in Lonergan's plays and films. Lonergan's movie, You Can Count on Me (2000), led him to take his first steps in Hollywood, drawing critical and popular attention.

In June 2000, Mark married Sunrise Coigney, an actress and a successful entrepreneur who owns a network of jewelry stores across Europe and North America. The couples have three children; a son, Keen, and two daughters, Bella Noche and Odette. The pair is one of the most stable and unwavering in Hollywood.

Mark is also known for his active political stands; he was determined to oppose Donald Trump becoming the USA president. He took part in numerous protests and meetings.

In 2002, after completing his work for the film 'The Last Castle,' Mark was diagnosed with a vestibular schwannoma, a brain tumor. The tumor was non-threatening, but the surgery resulted in partial facial paralysis, which affected Mark's hearing ability. With time, Mark recovered and began working on his films and other projects.

In 2008, Mark lost one of his best friends, actor Heath Ledger. Also, at the end of the same year, his brother Scott died due to a gunshot. To this day, the reason isn't apparent; it's not known whether Scott shot himself or was a victim of a tragic incident.

Mark is a very active and passionate activist, undeterred to combating and achieving his set targets. He received an Environment award at Dickinson College in 2015, where his award acceptance speech motivated many of the present audiences. In his remarks, he said, "I'm here to tell you that 'Activist' isn't a dirty word." Abiding by his speech, Ruffalo founded Solutions Projects, which works to achieve 100% renewable energy, and Mark is also actively working with Water Defence, a social group devoted to clean water.