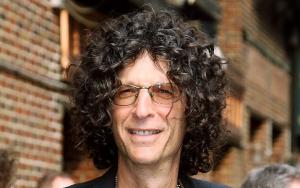 Howard Allan Stern is an American TV host, Radio personality, actor, author and photographer. He worked in Sirius XM Satellite Radio and also served as a judge for America’s got talent in 2012.  He married his first wife, Alison in 1978. They were college sweethearts. They have three daughters together. In 1999, Stern announced that he is separated from Alison. Their divorce got finalized in 2001. Even before they were legally separated, he started dating his girlfriend, Beth Ostrosky. In 2007, they announced their engagement, on Valentine’s day. They got married in 2008.

Stern said that he let down his family as a husband, when he got divorced Alison, after 23 years. Due to the separation, he started therapy. After his separation, he thought that he can have as many affairs as he wanted. But, soon after the therapy, he realized that he need not go running behind women, just for carnal pleasures. The reason for the separation was said to be his workaholic character.

Alison got married to her boyfriend in the same year of their separation. She got the custody of the kids. She withdrew herself from the media and is leading a peaceful life with her new spouse and three children. As Stern remained the focus of the media, all the information about the separation were informed only by Stern. Alison was not available for any interview or comments on the information.

He said that he was so upset that he couldn’t figure out what went wrong between them in the marriage. His want for carnal pleasures increased after the separation and he had a lot of flings. He refused to provide any information about that part of his life. The more girls he slept with, the most empty, he felt. After the therapy, things changed for Stern. He is now happily married to Beth. He said that he did not want to make the same mistake with Beth and said that he would take every step to make sure Beth knew how much she meant for him.

He said that life with Beth is so much easier than it was with Alison. He said that Beth is a kind of person who would suit him more. He does not have to worry about what Beth needs and could concentrate more on his work. He said that it was too much for him to be married to a woman who wants him around her whenever she needed a wallet.

In 2012, he announced that he was having a secret relationship with Sharon Osbourne. He said that they both are like a married couple. He said that he liked it because it made Beth, very jealous. Beth admitted that she was jealous of Sharon. Stern said that the relationship with Beth suits him more and he is very happy. Sharon was not available for any comment. Beth did not reply to the question as whether she was angry that he is cheating on her.

FAQ: How old is Howard Stern?