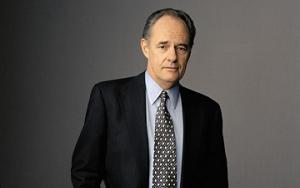 Jack Cafferty is a television commentator whose television career spans over 52 years. He has worked at many popular institutions like WNEW, WPIX, and WNBC. He has been working in the CNN show Situation Room along with Wolf Blitzer for five years before he quit CNN in the year 2012.

Cafferty was born in the year 1942 in Chicago. He became a chronic alcoholic, which he has cited as mainly due to his father’s influence. He married Carol and their marriage lasted for thirty five years, before she died in 2008. The have four children and five grandchildren. Cafferty who is recovering from his alcoholism says that his decision to quit alcohol was mainly due to the efforts of his wife. He resides in Cedar Grove in New Jersey.

Cafferty’s career in television started in the year 1960 in Reno, Nevada. He hosted the show Cafferty & Company in 1970s in Kansas City. He was made news director as well as co-anchor at WHO-TV in Iowa.  Towards the end of 1970s, he anchored many local as well as national shows like Live at Five, Strictly Business, and Scarborough-Cafferty Report.  He was with WNBC-TV for 11 years till 1989. He then worked at WNYW-TV’s News line and Fox 5 till the year 1992.  Subsequently, he worked as business reporter at WPIX-TV till 1998. Cafferty joined CNN in 2005. He anchored the shows ‘American Morning’ and ‘The Situation Room’ and ‘The Cafferty File’, a nightly segment of The Situation Room. He also hosted the show Broken Government in 2006.

Cafferty is also an author. He has written two books of which the book ‘It’s Getting ugly Out There: The Frauds, Bunglers, Liars, and Losers Who Are Hurting America’ is his first one published in 2007. It deals with socio-political issues and business influences on the political situation. His second book ‘Now or Never: Getting Down to the Business of Saving Our American Dream’ was published in 2009. He has received many recognitions and awards during his long career spanning over 52 years including an Emmy Award, Edward R. Murrow Award, and the State Broadcasters Award by the New York Associated Press.

During his illustrious career, Jack Cafferty has been involved in many controversies including the time when he said that Donald Rumsfeld was a war criminal and obnoxious jerk. He was reprimanded by CNN’s president and later acknowledged on air that he had stepped over the line. Most of his commentaries were provocative and outspoken and many a time, his comments have brought in public criticisms. In 2003, he was sentenced to 70 hours of community services and $250 fine on charges of reckless driving, harassment, and assault.

FAQ: How old is Jack Cafferty?

FAQ: What is Jack Cafferty networth in 2020?