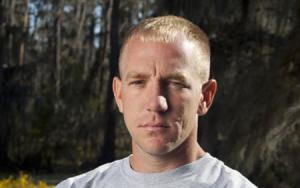 Jacob Landry started off as somewhat of a daredevil even before he became a reality TV star. He was born on December 27, 1983, in the United States. The 33-year-old spent his childhood in the Atchafalaya River basin swamps of Louisiana which is some of the thickest, most creature filled and dangerous environments America has to offer and being able to navigate through swampland without losing a life or worse, your life is more than a skill. After he grew older, Landry realized his unique set of talents could earn him a living and he pursued a career in reality TV.

Jacob Landry was hunting animals in the swamp from the time he was a small child, he was not only accustomed to the swamps but he lived and breathed in them. This made him an ideal candidate for one of the most strange and terrifying jobs in the animal kingdom, hunting alligators. Since Landry had hunted alligators since he was a small child, he had developed a mastery of the technique that it took to pull off the tricky job and make it back to land in one piece. Landry eventually joined the cast of the Discovery Channel show "Swamp People" in 2015 and was mostly loved by fans of the show. The success of the show helped propel his career and he was soon loved by fans and able to enjoy some success.

Landry currently works as an actor and assistant director appearing in both the "Swamp People" reality TV show and 2013's "The Queen". Landry also made an appearance in 2015 in a film called "Paranormal Extremes Messages from the Dead." The actor is married to his wife Lyndsi Landry who he married on August 7, 2009. He also has two brothers named Brandon and Chase Landry who he also grew up within Louisiana.