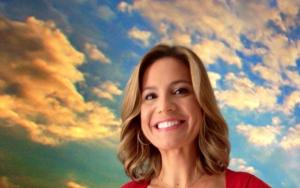 Jen Carfagno is a television personality and meteorologist who rose to popularity due to her significant work for The Weather Channel. She is now the co-host of "America's Headquarters," a morning show.

Jen Carfagno was born July 19, 1976, in Collegeville, Pennsylvania, where she also grew up. Ever since childhood, her dream was to become a pilot, but she confesses that she fell in love with the weather over time. Living on the east coast allowed her to experience a wide variety of weather every season. Learning its intricacies, Jen claimed it was the curiosity to know about it that drove her to study weather at the suggestion of her school teacher.

Jen attended Perkiomen Valley High School and graduated in 1994. While a student, she would call into weather stations to make her predictions for the day's weather. While in college, Jen had a one-year internship with the Weather Channel and appeared in an on-camera meteorologist apprentice program every weekend. She earned valuable experience as both a weather forecaster and several positions in the Weather Channels meteorology departments.

Jen graduated from the University of Pennsylvania in 1998 with a BS in Meteorology. She is a meteorologist working for TWC (The Weather Channel) and serving as co-host with Eric Fisher on Weather View. Her morning begins at 2:24 am, ever since starting her career in 1997. Not being adverse to scooting into whatever role she is needed in, she is very passionate about her job, even bringing her love to classrooms. Jen has developed and led Weather Camps all over the country for TWC. Speaking at these camps to students, she is allowed to introduce them to her passion for science.

Eric Fisher and Jen have both anchored the weekend weather program together for several years. On the weekdays, she co-hosts AMQH Early from 5 am to 6 am. For over 20 years, she is very passionate about her work, with her favorite coverage being about hurricanes and other large storms.

On November 12, 2013, Jen and Alex Wallace introduced a new type of weather graphics for constant weather reliability by TWC called the "Weather All The Time." One of Jen's favorite forecasting tools is the Global Forecast System (GFS) model rather than using the archaic Euro Computer Model.

Jen has received various awards, among them is the Robert O. Cole Award, which was a scholarship in meteorology only awarded to outstanding students with a strong interest in weather forecasting donated by Ms. Sue Burton Cole, which she received in 1997. A member of the Chi Epsilon Pi Honor Society again is proof of Jen's outstanding efforts.

Having a private reception, Jen got married to her first love and longtime boyfriend, Neil. They have two daughters, Kelly and Natalie, and they all live in Atlanta, Georgia. Like any family, they enjoy their holidays together and spending time with one another. There has been talking about them possibly having a third child, but it has not yet been confirmed.

FAQ: How old is Jen Carfagno?