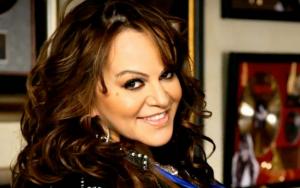 Dolores Janney Rivera was known by her stage name, Jenni Rivera. She was a singer, producer and an actress. She died in a plane crash. Jenni has been married three times and had five children, altogether. She became pregnant for the first time, when she was in high school. She then married her daughter’s father after completing her schoolings and had two more kids with her husband. A year after her youngest son was born, she filed for a divorce from Jose stating emotional and physical abuse as the reason. She stated that Marin physically abused and forced her to stay at home to attend to the chores, instead of going to college. She said that she tried to fight back, but, things became worse. A few years later, her sister also confirmed that Jose used to molest her and his daughters.

In 1997, the molestation case opened and he was found guilty. Jenni married Juan Lopez in 1997 and had two children with him before she got divorced. She stated Juan was selling drugs and that was the reason for ending her marriage. There were rumors that she knew about his drug dealing, long before the separation, but, notified the authorities only when she found him cheating on her, with another girl. She then married Esteban Loaiza in 2010 and filed for a separation in 2012, just a few months before her tragic death. The main reason given for the separation was stated that Esteban was stealing a lot of money, from her. But, the rumors and other sources gave a different reason.

In 2013, there were rumors that Chiquis Marin, her eldest daughter was having an affair with Esteban, before her death. Chiquis denied the rumor and said that it was a total misunderstanding and she did not have any relationship with her stepfather. But, the sources near to Jenni said that Jenni knew about this relationship and threw Chiquis out of her house. Chiquis said that people around her mother brainwashed her to believe that she was Esteban’s secret girlfriend. This was stated to be the reason for the separation from Esteban. Esteban was not available to comment on the rumors about his relationship with his stepdaughter. He declined to answer any questions related to that topic.

The sources near to her family could not give a right conclusion about the situation, before her death. Some people state that the mother and the daughter were having a rocky relationship and a few stated that Jenni never believed in those rumors. Esteban never talked about his relationship with his wife after the separation was filed. Thus, his part of the story is also missing. According to Chiquis, her relationship with her mother died long before she actually died. She said that when her mother accused her for having a relationship with Esteban. She was not known to have had a boyfriend at the time of the accusation. Chiquis was not known to have dated Esteban, publically, to date and her personal dating life was not known to the public. Thus, the truth stays between Esteban and Chiquis, as of now.

FAQ: How old is Jenni Rivera?