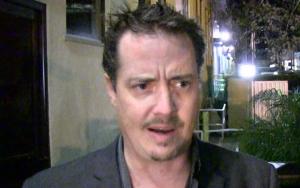 Who is Jeremy London married to?

Jeremy London is most famously recognized for his roles on Party of Five, 7th Heaven, and Mallrats. He also directed the 2013 horror film The Devil's Dozen. He married his wife, Melissa Cunningham, in September of 2006. They had a son named Lyrik. He remarried Juliet Reeves on June 3, 2014 and together they have one son, Wyatt (2014.) London appeared on the fourth season of Celebrity Rehab with Dr. Drew on VH1 as he was treated for addiction at the Pasadena Recovery Center. His wife Melissa was also being treated during that time.  Jeremy has an identical twin brother, Jason. They both auditioned for the same role in The Man on the Moon (1991) and Jason won, leaving Jeremy as a stunt double.

Jeremy London is 46 years old now. His birthdate is November 7, 1972. His brother name is Jason London

FAQ: How old is Jeremy London?

FAQ: What is Jeremy London networth in 2020?